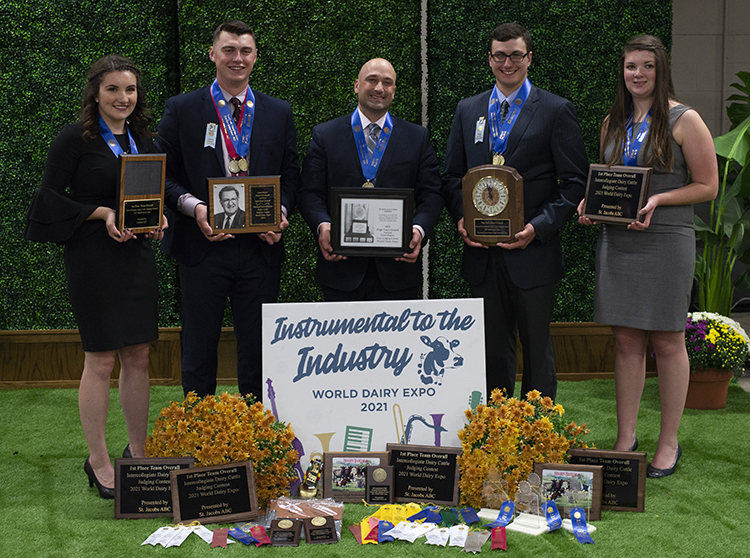 At the end of the 100th National Intercollegiate Dairy Cattle Judging Contest on Monday, it was Cornell University that came out on top, claiming the two highest individual spots to seal their victory. Bryce Windecker was the overall high individual, and his teammate Johnathan King secured second. The pair actually tied for first with 829 points, with the tie broken by reasons scores. Grace Harrigan and Laura Littrell joined them on the team coached by Kevin Ziemba.

Windecker and King climbed to the top by finishing third and second, respectively, in the placings-only portion of the contest. They were beaten only by Iowa State’s Amanda Engelken, who tallied 569 placing points out of a possible 600. 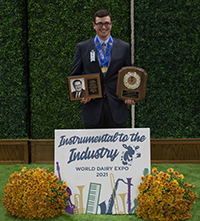 Bryce Windecker
In addition to winning the overall team title, Cornell won the Brown Swiss and Red and White breeds, and they finished third as a team in reasons.

Following as the second-place collegiate team was Virginia Tech, which was also second in reasons and collected first-place awards in four of the seven breeds through the evening. All four team members — Elizabeth Menard, Joseph Real, George Sebright, and Seth Carson — finished as All-Americans in the top 25 overall individuals. They were led by Menard, who landed in third individually, just one point behind Windecker and King.

In the team reasons division, Cal Poly earned first after three team members finished in the top 16 individually. Next was Virginia Tech in second, Cornell in third, the University of Minnesota in fourth, and Penn State in fifth.

Fifty-one individuals from 14 schools judged 12 classes of animals and gave six sets of reasons during the contest. Congratulations to all participants and their coaches on a successful judging contest!