Automatic gearbox can save up to 30% on fuel 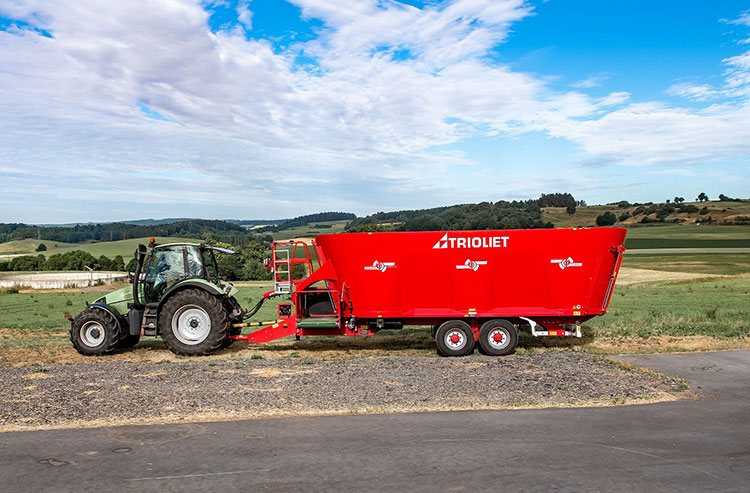 The Shifttronic automatic gearbox shifts up or down to achieve the most suitable mixing speed depending on the weight setting when loading or discharging, without you having to lift a finger. Because the feed mixer's augers always operate at optimum speed, they can mix feed components at peak efficiency. This can save up to 30% on fuel.

A big advantage of weight-based shifting is that the shifting point can be set very accurately. For example, high speed mixing for processing haylage. As soon as the first bucket of corn silage is loaded, the Shifttronic automatically shifts down in order to prevent over-mixing and to minimize diesel usage and wear. The Shifttronic makes sure the most effective mixing speed is used, but only when necessary. During feeding, the Shifttronic shifts up on the go. Increasing auger speed, however, only makes sense when the level of feed is below the discharge opening. As that weight is different from a milk cow ration compared to the a heifer ration, for instance, the shifting point can be set specifically for up to 5 different rations. This prevents unnecessary wear and diesel usage in return. 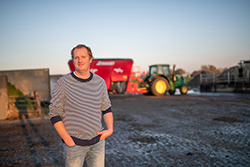 Dairy farmer Cees Middelweerd only needs 2.5 gallons of diesel an hour to run his 860 cu.ft. mixer wagon. Since using a Shifttronic automatic reduction gearbox, his fuel costs have dropped by an impressive 25%. He mixes two loads a day to feed his herd of 350 milk cows, plus another two loads every third day for his 220 heifers. That means the mixer wagon must process about 130 tons of feed each week, totalling 1,000 operating hours annually. Cees said, “The augers start off at a high speed, but they slow down soon after. When processing coarse feed for the dry cows, however, the mixer wagon continues at the higher speed for longer. What's more, the feed gets evenly mixed very rapidly." 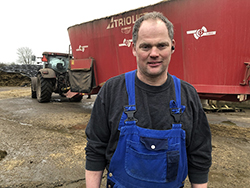 Although Dairy farmer Eigil Miang has a relatively small tractor, a Case IH Maxxum with 140 HP, he chose a large TMR mixer (1,650 cu.ft.) so he can use it to make one ration and feed all 310 milk cows in one go. Eigil said, "A large mixer is practical; I can use it to feed all the cows at once, which saves a considerable amount of time." 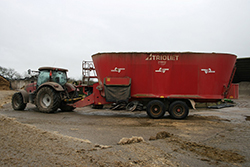 The automatic gearbox ensures that the drive line starts up effortlessly and automatically shifts from first to second to third gear. As soon as the programmed weight is reached, the Shifttronic shifts back down automatically. This enables the tractor to operate at the optimum torque at all times, which you can see primarily from the low fuel consumption and the minimal wear and tear on both the tractor and the mixer. Eigil noted, "I use the same amount of diesel with this 1,650 cu.ft. TMR mixer as I did with the old 1,075 cu.ft. one. At the time I also had a hundred fewer cows, so fuel consumption has stayed the same with more cows and a larger mixer feeder."