More than 450 youth participated in the showmanship contest at World Dairy Expo. 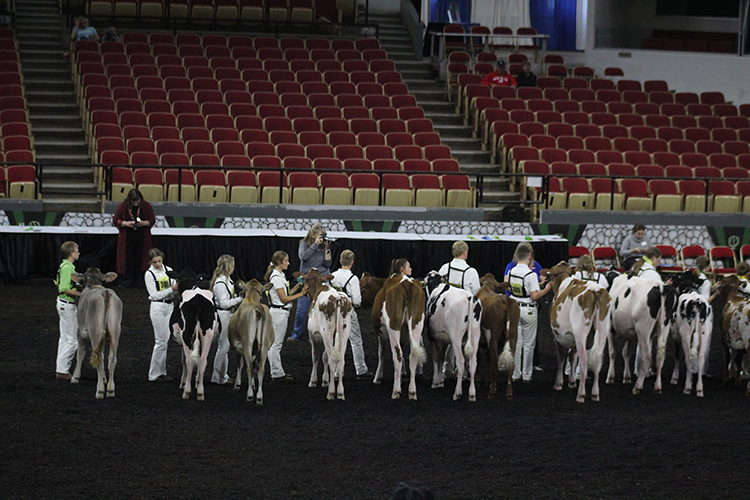 Before the cattle shows began on Monday, a special group of animal handlers had the chance to display their showmanship skills on Sunday, October 2. Youth from across North America had a chance to compete with other junior exhibitors during the World Dairy Expo Youth Showmanship Contest.

In all, 463 participants competed in three divisions. Each division had a series of preliminary heats, followed by a final round where the top 10 individuals were selected.

For the junior division, Cameron Ryan of Fond du Lac, Wis., was the winning individual out of 156 showmen ages 9 to 13. The intermediate winner was Hannah Visser of Hutchinson, Minn. She led the 139 exhibitors between the ages of 14 and 16 years old in that division. For the seniors, Emory Bewley of Susquehanna, Pa., was the top competitor out of 168 exhibitors ages 17 to 21.

The top 10 finishers in each division are listed below. Congratulations to all of the participants! 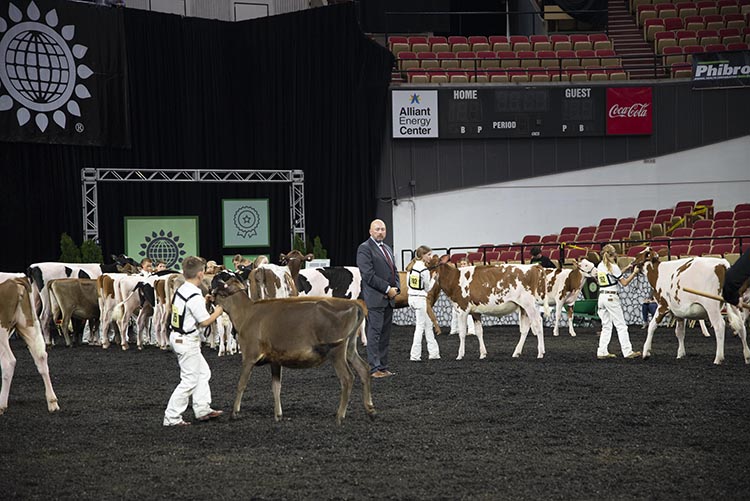