The 31st Klussendorf-MacKenzie Award was presented during World Dairy Expo 2022. 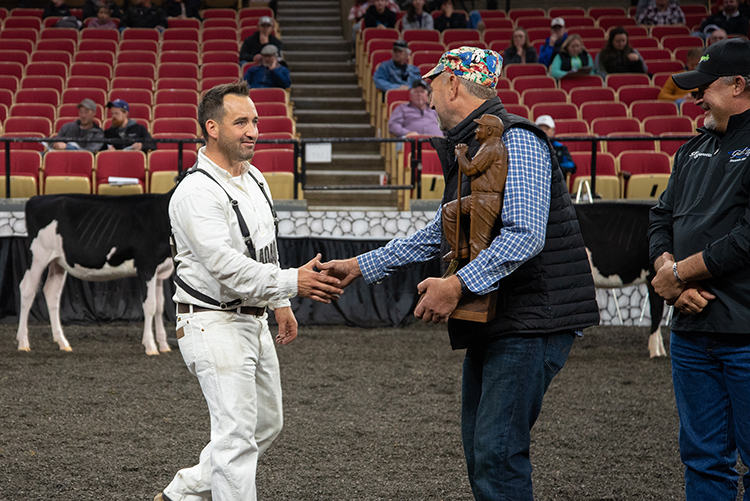 This year’s MacKenzie winner was a very active 4-H member and developed his skills to a level that enabled him to become a world-renowned cattle fitter. Spending more than 15 years as a professional dairy cattle fitter, this Canadian has traveled the world to work with many great people and animals. In 2013, Phoenix was honored with the inaugural Andrea Crowe Achievement Award at the Royal Agricultural Winter Fair in Toronto, Canada, for exhibiting “everyday love of the industry” that inspires others, fosters knowledge, and encourages good sportsmanship. 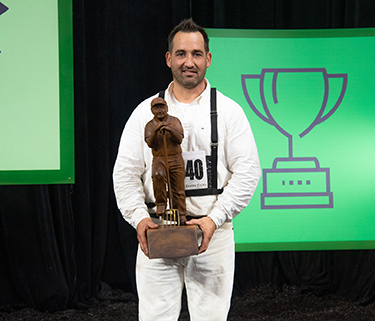 At the shows, this Ontario dairyman is known for his sportsmanship, never has a negative word for a judge after a difficult defeat, and is extremely humble when he has showring success. He is a knowledgeable source of advice for anyone who asks, and his honesty makes him a valuable partner to those who purchase animals with him. As a result of his efforts, the family dairy has owned and merchandized many All-Canadian and All-American nominations over the past ten years.

One of the most admirable things about the 2022 Duncan MacKenzie winner is that even when he is working with some of the biggest, most prominent names in the industry, he is still himself. He never hesitates to use his skills and strengths to help people when they need it. Phoenix never forgets where he came from nor who his family and friends are.

Phoenix would be the first to acknowledge that it takes a team to run a dairy, and Jeff would be quick to thank his wife, Jessica, and their children, Jacob and Jordan, and his father, Jim, for their work on the farm. A successful Holstein judge, this Cannington, Ontario, Holstein breeder has placed cattle across Canada and around the world. This includes being the associate Holstein judge at both the Royal Winter Fair and World Dairy Expo. In addition, Joel has judged cattle at the Mexican National Holstein and Jersey Show, the New South Wales Australian Show, the Atlantic Fall Championship Show, and the Manitoba Spring Show.