“Hardworking” and “a can-do attitude” would be two descriptions for this year’s Merle Howard Award Winner. 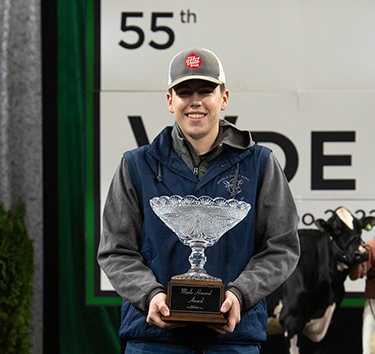 Keenan Thygesen was named the 18th Merle Howard Award winner at the 55th World Dairy Expo on Friday, October 7. “Hardworking” and “a can-do attitude” would be two descriptions for this year’s Merle Howard Award Winner. In 4-H, Thygesen served as secretary, vice president, and then president of his club. As his 4-H career ended, he joined his state’s quiz bowl team that competed at the highly competitive National 4-H Dairy Quiz Bowl competition in Louisville, Ky. That same year, Thygesen was a delegate to the National 4-H Dairy Conference.

With a deep desire to expand his dairy knowledge, Thygesen also competed in both Jeopardy and Quiz Bowl as a member of the New England Junior Holstein Association. A person who steps up to lead, he also served as secretary for that group. As a high school student at the Kimball Union Academy in New Hampshire, this year’s Merle Howard winner played baseball, basketball, and was a member of the STEM Scholars group.

While these accolades are among the many reasons this young man won the Merle Howard Award, it’s his work with the show string that ultimately led him to the winner's circle. This Vermont dairy exhibitor has walked animals in four breeds across World Dairy Expo’s famed colored shavings: Ayrshire, Guernsey, Holstein, and Jersey. This includes homebred animals in all four breeds. In 2021, Thygesen showed the first-place spring calf that went on to become Reserve Junior Champion of the Junior Guernsey Show. That same year, he was responsible for the daily care of the open Guernsey show’s Junior Champion. This year, Thygesen, along with his cousin, earned third-place honors with their homebred Ayrshire Summer Junior Two-Year-Old cow.

A fitter who continues to hone his talents, Thygesen earned fourth and fifth-place finishes at the two most recent fitting contests at World Dairy Expo. In addition, he has fit cattle for many farms across the Northeast and Midwest. To further develop his skills, Thygesen interned at Luck-E Holsteins this past summer.

Thygesen is the son of Kyle and Jen Thygesen and a freshman at the University of Minnesota where he is majoring in animal science. A unique aspect of Thygesen is that he is an accomplished poultry breeder. He received the American Poultry Association scholarship in 2022. That’s the highest award given to a youth of that national organization. 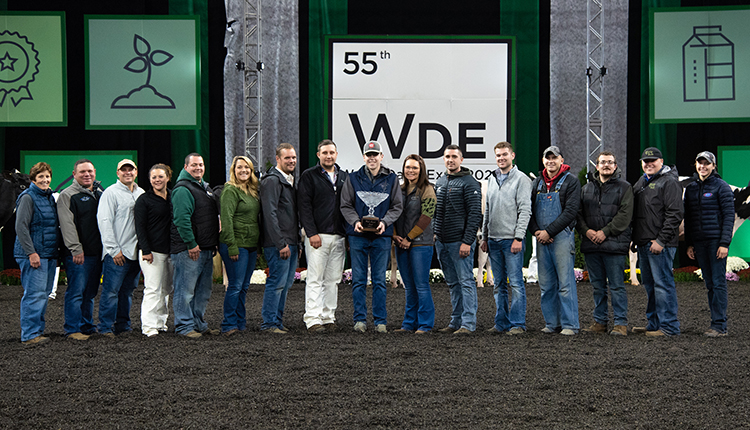 Merle Howard was a respected dairy industry pioneer. Winner of the 1954 Klussendorf Award, Howard was a herd manager, Holstein classifier, and later a sales and export businessman. Howard also served on the first National Dairy Shrine Board of Directors.