I placed this lovely class of Holstein aged cows C D B A. I started the class with C as I feel she is the cow showing the fewest faults. She is a beautifully balanced dairy cow with great feet and legs and a tremendous mammary system. I give the advantage to C over D on a close placing, giving her advantage on dairyness throughout; she is cleaner down through her brisket. She is also more desirable on the length and strength of rear pastern than D. I do grant that D has an advantage over C on being deeper in her rear flank and having a little more length from shoulder to hooks than C.

Next, I placed D over B, giving D an advantage on the levelness on the floor of her udder. D also has a longer, more feminine head than B and also giving D a slight advantage on her pin placement in relation to her hooks over B. I admit B is wider in the rump than D.

I placed B over A on a relatively easy placing, giving the advantage to B on her depth and openness of frame. I also feel that B has more angularity from her chine down into her shoulder region. While the A cow placed last, you can appreciate the length of her frame and length through her neck region. 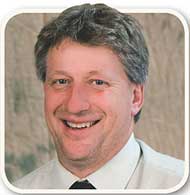 Callum McKinven
Canton de Hatley, Quebec.
McKinven placed the HOLSTEINS. McKinven co-owns and operates Lookout Holsteins and Jerseys with his wife, Katherine, and three daughters. Raising over 200 head and milking 30 cows, they have twice owned the Junior Champion and an Intermediate Champion at the Royal Agricultural Winter Fair (RAWF). McKinven won the Curtis Clark Award at the 2000 RAWF. He has judged in 28 countries around the world in all breeds. He has twice judged Holsteins at the RAWF along with Brown Swiss and Jerseys. McKiven has judged nine shows at World Dairy Expo and will place the Red and Whites this coming fall.
SCORING KEY