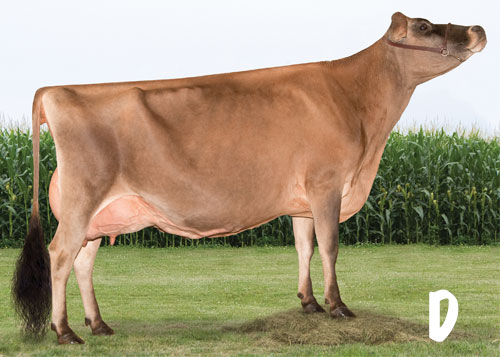 I placed this quality class of Jersey cows D B C A. D places over B in a close placing. I give D the advantage in being deeper through her chest floor and prefer the length and snugness of her fore udder attachment over B. Furthermore, D stands more squarely on her rear legs and appears to be cleaner through her hock. I however do grant that B is cleaner and more angular through her front end and more feminine through her head and neck.

In the placing of B over C, B shows more dairyness and angularity throughout. B also shows more bloom to her mammary system. In addition, she shows more levelness of her udder floor and a more desirable teat size and placement. I also prefer the width of rump on B over C. I grant that C has a snugger fore udder.

In the final placing, C over A as she excels in overall style and balance. C also shows more breed character through her head and front end. In addition, C has the advantage in her mammary system. C is higher in her rear udder attachment and shows more quality and texture to her udder to put her over A. I concede that A has a more desirable teat size and shape than C. 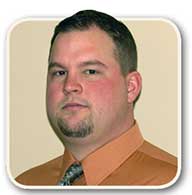