When placing this outstanding class of aged Ayrshire cows D-B-A-C, I found the class to break into two pairs. The outstanding rear udder and balance of D place her over the dairy-framed B. D has a rear udder that is higher, wider and fuller in its attachment. She is more nearly level on her udder floor and is longer in her fore attachment. D displays a rear leg that is much straighter in the hock and placed more squarely beneath her allowing her to stand straighter when viewed from behind. I grant that B is a cow of extreme dairy quality and displays more style and breed character about the head and neck.

B uses her outstanding dairy quality, style and youthful udder to easily place over A. B is sharper and cleaner through the head, neck and brisket, and freer of flesh over the rib and rump structure. B holds her udder more snugly to her frame being stronger in her rear udder attachment and having a longer fore udder that is more neatly stitched in its attachment. I recognize that A is both stronger in the front end and stands more comfortably on her rear feet and legs.

A then places over C in a close placing as she has a more modern dairy frame. A is both longer in her neck and trimmer in her throat, dewlap and brisket. She shows more spring, sweep and openness in her rib structure when viewed from behind and is cleaner through the hips and pins. A also shows less set to her rear legs and stands straighter from behind. I grant that C is stronger in both her fore and rear attachments. C places last as she lacks the clean angular frame, style and balance. 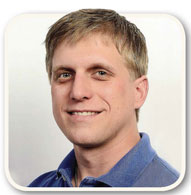 Michael Creek
Hagerstown, Md.
Creek placed the AYRSHIRES. A graduate of Cornell University, Creek is part owner of Palmyra Farm and Palmyra Farm Cheese. He also serves as herdsman for the Maryland location for Trans Ova Genetics. Palmyra Farm is one of the most decorated Ayrshire herds having over 130 All-American nominations with 44 being named All-American. The farm also bred Palmyra Tristar Burdette, a three-time premier sire at World Dairy Expo. Creek chairs the Ayrshire Show Committee and has judged the Ohio State Fair, the Pennsylvania Farm Show, the 2013 National Youth Ayrshire Show and three All-American contests.
SCORING KEY