Northeast Wisconsin’s MilkSource Genetics has achieved an unprecedented Triple Crown. With the upgrading of Weeks Dundee Anika to the rare EX-97 classification, the family-owned show barn has reached the pinnacle score with cows from three major show breeds. 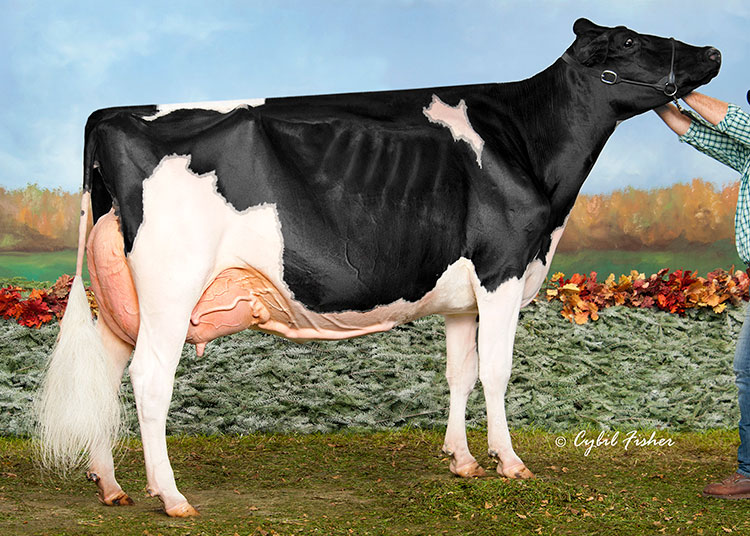 In February, another MSG cow, Musqie Iatola Martha, became the youngest Jersey in history to achieve the 97 score.

“When Martha reached EX-97, I described it as ‘lighting striking twice.’ It was unforgettable,” said John Vosters, MilkSource Genetics partner. “But doing it again? There simply aren’t words to describe it.”

It is believed there are fewer than six cows living in North America with EX-97 scores and MilkSource Genetics is home to three of them. 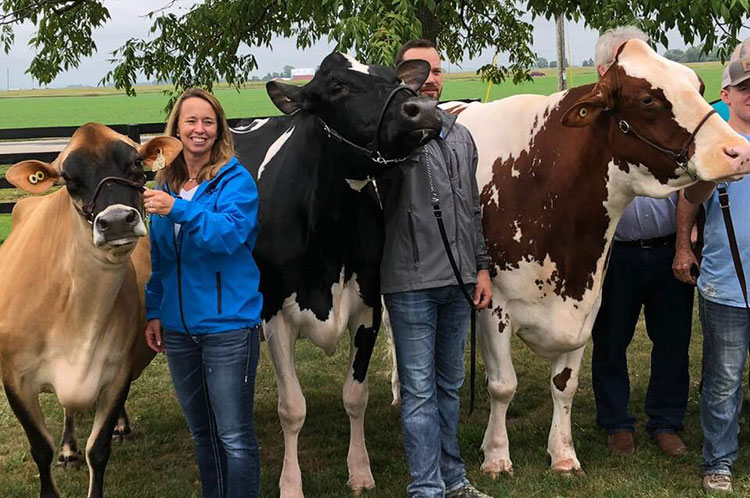 Three EX-97 Cows: Martha, Anika, and Seisme
MilkSource Genetics Partner Jim Ostrom notes the milestone moment solidifies Anika’s global reputation. “She is an impeccably proportioned mature cow,” he said. “Anika, now 7 years old, was a good cow when we bought her as a Junior 2-year-old and, since then, she has continued developing beautifully. “Of all the cows we’ve been part of, she has been an industry favorite among people we respect as passionate cow enthusiasts. Anika is a rare animal with fans worldwide.”

Classification is based on a true-type scoring system. Anika — like Seisme and Martha before her — is as close to the ideal standards as possible. “Anika has a striking dairy frame like few others in the breed,” Vosters explained. “Her combination of dairyness, balance and strength makes her very unique. She has correct feet and legs, along with a firmly attached udder. She has had five offspring and is considered an aged cow.”

Bolstering her success, Anika also has transmitted her winning ways to offspring that have already begun making their mark in the show ring. For instance, Anika’s granddaughter, Milksource Dempsey Amour, just returned from the 2018 Wisconsin State Holstein Show as the Honorable Mention Junior Champion and 1st Place Fall Calf. “Anika’s not only cemented her own legacy, but she’s passing on those great diary genetics to future generations,” Ostrom said. Basking in her herdmate’s glow is another MilkSource Genetics’ cow, TK-Plainview-Ripley, which saw her own classification climb to EX-96 just days after being named Grand Champion of the State Show. “Whether in the show ring or in the barn, cows don’t achieve results like this without the hands-on care and dedication of a great herd team,” Ostrom said. “Our manager Eddie Bue, his wife and partner-in-cow-care, Mandi, and their entire team work hard every day to bring out the best in these amazing animals. Their love for these cows is evident every day.”

MilkSource Genetics strives to offer superior show cow genetics for today's market, but more importantly superior potential for the future. We offer our genetics through consignment sales, by hosting partial dispersals and through private treaty. Inquiries about cattle or their offspring are welcomed. For more information contact: Avi Stern, 920 759-4673, or astern@milksource.net