Italy to host World Cheese Awards 2019, as part of FORME festival in Bergamo 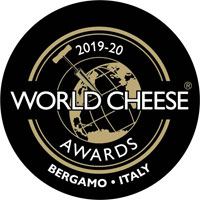 The World Cheese Awards will visit Italy for the first time, taking place in Bergamo on Friday 18 October 2019, as part of the city’s annual FORME cheese festival. Announced on Thursday 17 January at a the Palazzo Regione Lombardia in Milan, the main seat of the government for the Lombardy region, the news will see the planet’s largest cheese-only competition join a four day celebration of cheese in the Medieval heart of Bergamo.
Following an epic edition of the World Cheese Awards in Bergen, Norway in November 2018, where records were broken across the board with 3,472 cheeses from 41 different countries being judged in a single day, the 32nd edition will now be staged in the Capitale Europea dei Formaggi. Reaching out to cheesemakers and cheese experts in every corner of the globe, this year’s line-up is set to be bigger and more diverse than ever before.
As Bergamo plays host to the international cheese community, the World Cheese Awards will shine a spotlight on Lombardy’s culinary culture, giving the region’s producers an opportunity to showcase their food and drink on a world stage. The FORME festival itself will take consumer and trade visitors on a dairy journey, featuring tastings, panel discussions, training sessions, markets and an exhibition of all 50 Italian DOP cheeses.

John Farrand, managing director of the Guild of Fine Food, organisers of the World Cheese Awards, commented: “The World Cheese Awards is extending its international reach year-on-year, so it's very important for us to partner with like-minded organisations that understand the power and potential of this global cheese gathering. Uniting with FORME feels like a very natural fit for us and we're hugely honoured to be bringing the competition to Bergamo in 2019, a beautiful city with a wealth of cheese heritage. With over 200 of the world's top cheese people set to fly in for the awards, Bergamo will become the very heart of the cheese world this October and the world will be watching as the city hosts this global celebration of cheese. We're anticipating yet another record breaking year, hoping to top 3,500 entries for the first time, and are looking forward to working together with the FORME team to create a lasting legacy in the region and raise awareness throughout the food and drink world.”

Francesco Maroni, president of the Progetto Forme, added: “We are very proud to present the fourth edition of FORME, an event that over the years has been able to impress everyone - institutions, professionals and the public. The numbers from last year are already clear: over 40,000 visitors and participants, with 12,000 kilos of cheese sold and tasted at the market. Without losing sight of the importance of local heritage, this year's edition will see the Italian premiere of the World Cheese Awards, the most prestigious international competition for the best cheeses in the world. This huge event, alongside the new addition of the B2Cheese fair, will serve to promote excellence in production throughout Italy, with the aim of enhancing the reputation of our national cheeses and creating a culture of quality.”

The World Cheese Awards will take place on Friday 18 October 2019, forming part of the FORME festival, which will run from 18-20 October across a number of Bergamo’s most iconic venues.

A firm date in every cheese lover’s calendar, the World Cheese Awards has been bringing together cheesemakers, retailers, buyers, consumers and food commentators worldwide for over three decades, in a celebration of tradition, innovation and excellence in cheese. It’s the biggest cheese-only event in the world, with no yoghurt, cream, butter or other dairy able to enter, championing the world’s best cheesemakers, from tiny artisans to global heavyweights.

Judges work in teams of three to four, identifying any cheeses worthy of a Bronze, Silver or Gold award. They look at the rind and the body of the cheese, its colour, texture, consistency and, above all, its taste. Each team then nominates one exceptional cheese as the Super Gold from their table. These 78 cheeses are the best in the world and are judged a second time by the Super Jury of 16 internationally recognised experts, who each select a cheese to champion in the final round of judging. The Super Jury, representing all four corners of the globe, then debates the final 16 in front of a live consumer and trade audience, before choosing the World Champion Cheese live on WCA TV.
In Industry Buzz