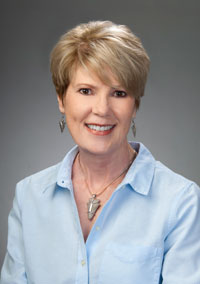 Dorothy Pelanda was appointed as the 39th Director of the Ohio Department of Agriculture by Governor Mike DeWine on January 10, 2019. Pelanda is the first woman to serve as Director in the Department’s history. Her great-great-great uncle, Gideon Liggett, served eight years (six as treasurer) on the Ohio Board of Agriculture (the precursor to ODA) in the early 1900s.

Pelanda has called Ohio home all her life. She grew up on her family farm in Marysville, where the values of hard work, steadfast determination, resourcefulness and eternal optimism were instilled in her at a young age. Pelanda still lives on the farmland where she was raised.

A graduate of Marysville High School, Miami University, and the University of Akron School of Law, Pelanda recognizes the value of education in pursuing one’s dreams and has fought to provide opportunities to young Ohioans to achieve their own.

As a small business owner, Pelanda understands that government regulation and bureaucratic red tape must be limited to allow Ohio’s business owners to thrive and prosper. Pelanda practiced law in her own private practice for nearly 30 years, where she represented hundreds of clients from Union County and the surrounding area.

Pelanda’s legislative work has earned her a multitude of endorsements, including the Ohio Farm Bureau, the American Conservative Union, the National Rifle Association, the Ohio Chamber of Commerce, the Ohio Manufacturers Association and the National Federation of Independent Businesses.

Pelanda is married to Sam Gerhardstein and has three adult children.

Food and agriculture is the No. 1 industry in Ohio, adding more than $124 billion to the economy each year. In addition to providing leadership for the agricultural industry, the Director of Agriculture administers numerous regulatory, food safety, and consumer protection programs for the benefit of all Ohioans.