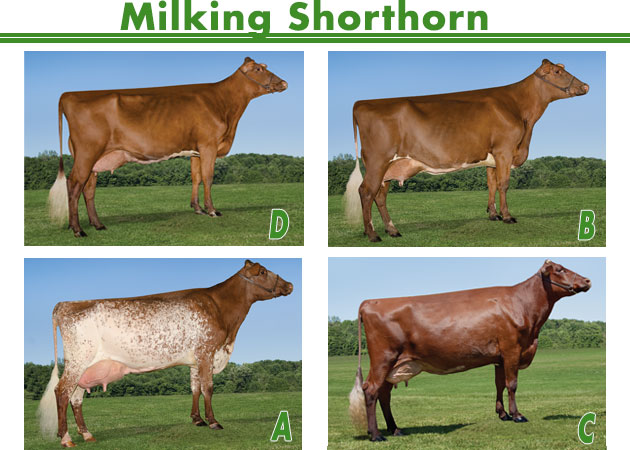 I placed this class of Milking Shorthorn cows D-B-A-C, with D having the best udder and showing the most style. In a close placing, D goes over B as she is longer, has more dairyness and femininity throughout, and more crease to the rear udder with more levelness to the floor of the udder. I will grant B has more width to the rear udder.
B fits easily into second, most closely following the first-place cow. She has a definite advantage over A with a wider rear udder and more levelness on the floor of the udder. In addition, B has wider width in her pins. Admittedly, A has more bloom to the udder.
A easily stands third by having more dairy character throughout. She is much cleaner from end to end and much more feminine through the head and neck than C. C needs to be more clean and feminine through the head and neck to get any higher in the class.
About the Judge . . . Jack Lomeo, Jr. 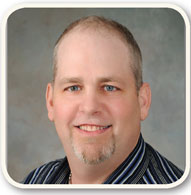 Jack Lomeo, Jr
Sylvan Beach, N.Y.
Lomeo placed the MILKING SHORTHORNS. He is a territory sales manager for STGenetics. The New York native owns 45 Holsteins and Jerseys housed throughout the U.S. and Canada that have earned All-American and All-Canadian nominations under the Purple Fever prefix. In 2014, Lomeo served as associate judge for the International Milking Shorthorn Show and then was the lead official in 2017. The next year, he judged the National Red and White Holstein Show at the Royal Winter Fair. At the upcoming World Dairy Expo, Lomeo will serve as the lead official for the International Jersey Show. 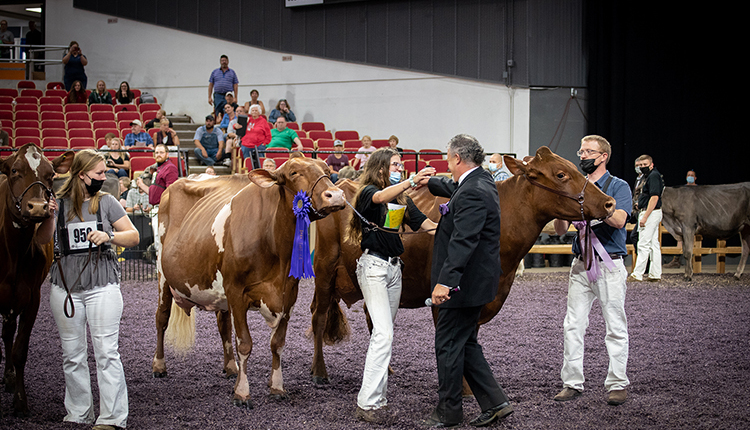