“Fact” is the new taboo word

In food, it’s hard to tell what’s fake news and what isn’t. 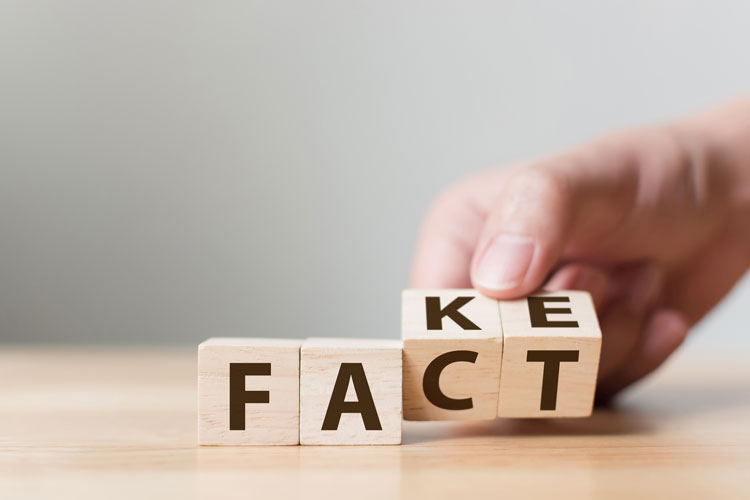 Have you ever seen the movie The Invention of Lying? It takes place in an alternate universe where people don’t know what lying is until one man invents it. He’s amazed to find that everyone believes what he says because they don’t understand the concept of someone not telling the truth.

Are we, as a society, there? I mean, no one’s going to believe you if you say that the sky is green, and yet one video from an animal activist group and all of a sudden they know exactly how modern-day dairies operate. Or, maybe even more relevant, there hasn’t been a case of measles in decades, so some parents decide to stop vaccinating their kids. Maybe they thought that science was lying and started to believe that the vaccine was the real enemy. Then BOOM! Measles makes a devastating comeback.

That’s where we are, because we let ourselves get there. We didn’t read the writing on the wall. We didn’t see that offering consumers a variety of affordable food options would someday cause them to become choosier. That they may start making their food decision based on things like sustainability and animal husbandry practices. Things that they shouldn’t even be worrying about because we’re the experts; it’s literally our job to worry about those things.

Whether you’re willing to admit it or not, most farmers err on the scientific side of life. We do our own on-farm research, we use trial and error to determine what works best for us, and often talk about numbers, percentages, and benchmarks.

Those aren’t the kind of things non-farmers want to hear. The new four-letter f-word is fact. People don’t want to know the facts. They don’t want to hear how many acres you farm, how many pounds of milk your cows make, or what your calves average daily gain is. They want to know your cows’ names and how you take care of them. They want to understand why you’re spreading smelly manure on the fields next to their houses just as springtime hits and the pretty flowers are starting to bloom.

When you feel the urge to make a post about your farm online, you can talk about the science, but make sure you talk about the why. Why are you spreading manure? Why do your cows have numbers in their ears? Why are your barn doors closed? Why do you farm? I know that talking about your feelings isn’t easy to do, but every farmer I know has a "why" and it’s time we start advertising it.