An update to Jersey Performance IndexTM that includes new Jersey-specific health traits and weights will be implemented April 7 when the Council on Dairy Cattle Breeding (CDCB) releases the April official genetic evaluations.

The new components of JPI2020 are the Jersey-specific health traits provided through the CDCB. The updates were approved by the Board of Directors of the American Jersey Cattle Association at its regular meeting March 14.

* Milk Density is calculated by subtracting the sum of PTA Protein and PTA Fat divided by .09 from PTA Milk.

Some rescaling and re-ranking is to be expected as the number of components has been increased, Jersey health traits have been added and new economic weights and standard deviations have been applied.

PTAs for each of the health traits will be the predicted daughter difference for resistance above or below the Jersey breed average. The larger the positive values, the more favorable the genetic resistance to the disorder. The genetic evaluations can help identify individuals that transmit costly difference and help manage their use in breeding programs.

The traits and their weightings are listed below. 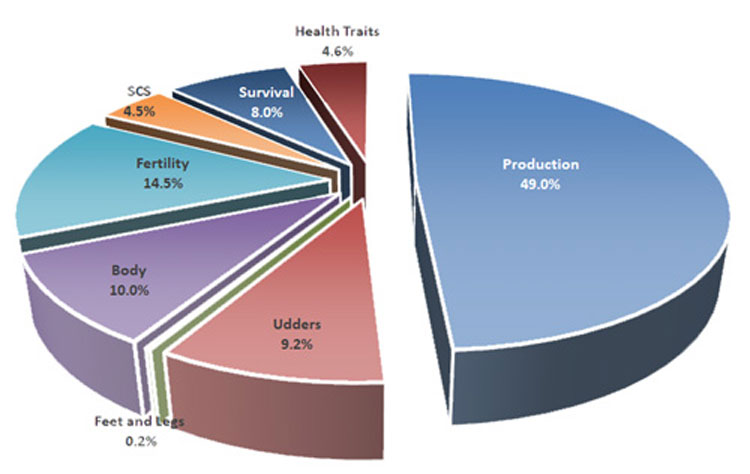 “JPI2020 predicts the efficiency of production by expressing lifetime production of fat and protein per unit of feed consumed,” Neal Smith, Executive Secretary said. “Jersey Performance Index2020 has built on the standard implemented in JPI2017 of Jersey Sustainability, increasing production and improving milkfat and protein levels in the milk, while moderating body weight in service of greater productive efficiency, and selecting for longer herd life, greater fertility, and better udder health.”

The American Jersey Cattle Association, organized in 1868, compiles and maintains animal identification and performance data on Jersey cattle and provides services that support genetic improvement and greater profitability through increasing the value of and demand for Registered Jersey™ cattle and genetics.

For more information on the association’s complete line of services for dairy business owners, visit USJersey.com or connect at facebook.com/USJersey.