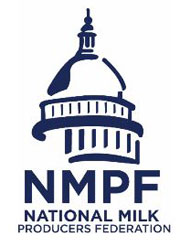 “Europe has long wielded restrictive and unjustified trade tactics to limit fair competition from U.S. agriculture, including dairy exports. While Europe may be authorized to retaliate, the U.S. has already taken deliberate action to address the WTO decision. Meanwhile, Europe has failed to come into compliance with their WTO obligations.

“As the U.S. works to hold Europe accountable to its WTO obligations, U.S. retaliatory tariffs against EU dairy products continue to play a key role in bringing Europe to the negotiating table and compelling them to fulfill their trade commitments. The EU’s restrictive trade policies that have resulted in a one-way flow of agriculture trade, and in particular dairy trade, to Europe is something that both the current and future Administrations need to keep in mind. In fact, the trade deficit between the EU and U.S. continues to widen as the EU uses unjustified trade tactics to erode U.S. market access and limit fair competition.

“One of the most egregious of these tactics is the EU’s misuse of geographical indications (GIs) to ban the U.S. from selling cheeses with common names, such as asiago, feta or parmesan. We commend USTR’s continued maintenance of GI cheeses on the WTO-authorized list of tariff retaliation as these tariffs help to temporarily level the playing field for U.S. producers.

“It’s time for Europe to not only comply with its WTO obligations, but also make a fundamental change to retire its discriminatory agricultural trade policies once and for all.”