Calves and Immunostimulants: What and Why? 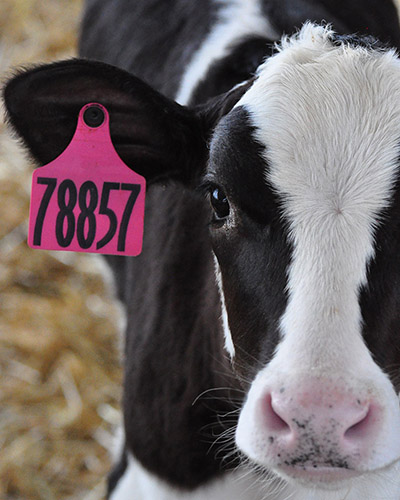 Do they make them for cattle? A handful of products have been made for use in cattle that would qualify as an immunostimulant, but most focus on solving older cattle problems. Almost all immunostimulants are labeled as therapeutics as stand-alone products. There is one notable exception, ENDOVAC-Dairy® with IMMUNE Plus®. ENDOVAC-Dairy is a vaccine labeled for protection against several different types of bacteria, but it includes the Immunostimulant IMMUNE Plus in its formulation. By having a non-specific immunostimulant in a vaccine, calf raisers can get two technologies in one bottle. 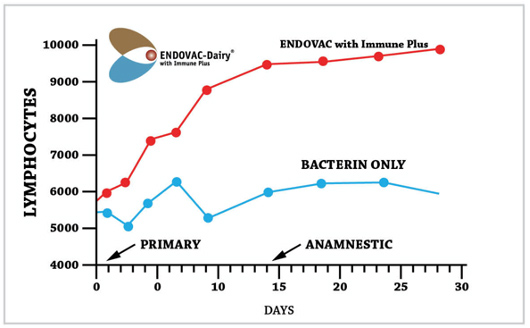 What does IMMUNE Plus do? We know that IMMUNE Plus has been shown in animals to raise both B&T lymphocytes, circulating antibodies, and neutrophil production in animals.* The pathways IMMUNE Plus stimulates are commonly known to be beneficial, but hard to accomplish without negative reactions. That is the unique part of IMMUNE Plus, it is modulated in a way to get those positive benefits without the negative. The bottom line is that the innate immune system is raised non-specifically so that the animal can potentially help itself more.

How is it commonly used in calves? Veterinarians have used Endovac-Dairy many different ways including commonly utilizing it in the first day of life or on arrival at the calf raiser. Endovac-Dairy is a vaccine and is commonly administered several times in the first month of the calf’s life to get the bacterial protection from Endovac. However, these early administrations are usually thought to be more beneficial from the IMMUNE Plus stimulation than the vaccine response. It is important to note that ENDOVAC-Dairy has never had an age restriction and the current label reads “This product was licensed prior to the requirement to define a minimum age for use.”

Is it Safe? Unlike other injectable gram-negative vaccines, ENDOVAC-Dairy with IMMUNE Plus does not have active endotoxins. This makes it a very safe vaccine and why it is commonly used early on in a calf’s life.

ENDOVAC Animal Health strongly believes that all calf raisers should work with a veterinarian to develop an on-label vaccine protocol for their specific situation. To learn more about ENDOVAC products and how they are used, contact your local representative.