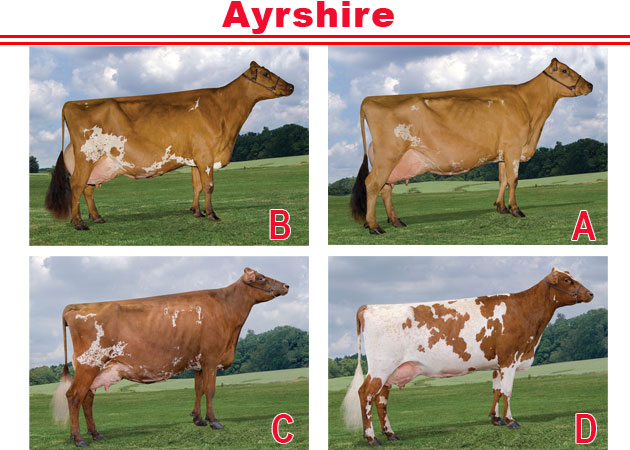 In my top pair, B places over A on her overall depth and width throughout. She is also higher and wider in her rear udder attachment. Still further, B is cleaner through her head and neck. I grant A tracks straighter on her rear legs.

In my middle pair, A goes over C on being cleaner through the front end and wider in the rear udder attachment. I admit C has more depth of rib.

Finally, in my bottom pair, C places over D on her advantage of being deeper in her rib and sharper and more angular over her topline. I grant D is more level on the udder floor. While I appreciate D for her length and stretch from end-to-end, she lacks the correctness to her mammary system to place any higher.

About the Judge . . . Allyn Paulson 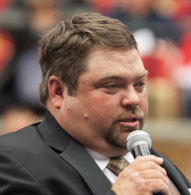 Allyn Paulson
Rockford, Ill.
Paulson placed the AYRSHIRES. Known to many as Spud, Paulson has a cattle trucking business where he has hauled livestock and fit cattle from coast-to-coast for the past 20 years. During that time, he has judged numerous county fairs, state shows, and state fairs. At World Dairy Expo, he was the lead Milking Shorthorn judge in 2015 and the lead Ayrshire judge in 2017. At the North American International Livestock Show (NAILE), Paulson was the lead judge for both the Holsteins and Red and Whites in 2018. He also has served as associate judge for the Brown Swiss at the All-American Dairy Show. 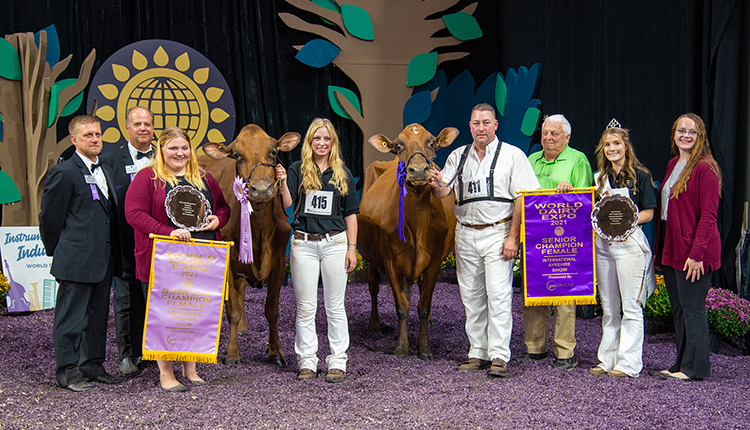