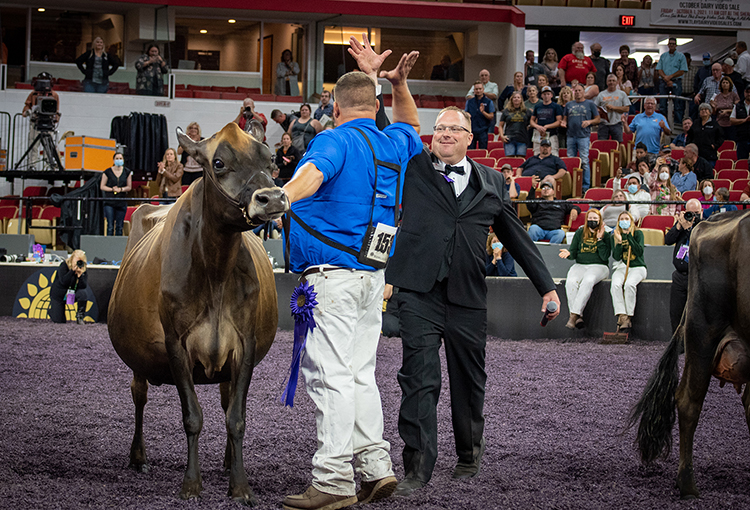 Bri-Lin Valson Spritz found herself in a familiar position during Wednesday’s International Jersey Show. The 2019 Grand Champion was once again in the center of the ring when Judge Chad Ryan and associate Kevin Doeberiener made their decision for Grand Champion.

“This cow came in class and looked awesome; and she looked even better when she came back, if that’s possible,” said Judge Ryan of the cow that this year topped the Six-Year-Old and Older Cow class before being named Senior Champion and then Grand. The judge from Fond du Lac, Wis., especially appreciated the sound set of feet and legs and extraordinary mammary system on the 7-year-old cow.

Spritz’s victory capped off what was already an outstanding show for her owner, Vierra Dairy Farms of Hilmar, Calif., who earned the Premier Exhibitor banner. Earlier in the day, their winning senior 3-year-old, Summer Breeze Tequila Gayle, was named Intermediate Champion. She then followed her herdmate to claim Reserve Grand Champion.

Judge Ryan called the rear udder on the Reserve Senior Champion “one of the best you’ll ever see.” He tapped Rexlea Joel Karausel as honorable mention Grand Champion. She was the winning 4-year-old for Glamourview — Iager and Walton of Walkersville, Md.

When the heifer show wrapped up Tuesday evening, he selected the winning summer yearling as his Junior Champion. SVHeaths Kid Rock Jaden is also owned and exhibited by Vierra Dairy Farms. The Reserve honor went to Arethusa Gentry Chante-ET, a Winter Yearling owned by Glamourview — Iager and Walton. 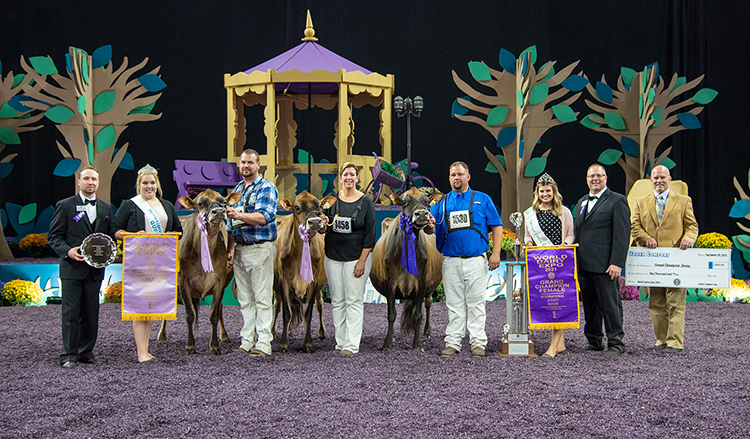 “These cows just go together so well,” Judge Ryan said. “They’re tremendous, balanced, beautiful-uddered cows. We couldn’t be more proud of these at the end of the day for your champions.”