It was a successful International Brown Swiss Show for Ken Main and Kenny Joe Manion as they exited the colored shavings with Grand Champion, Reserve Grand Champion, Senior Champion, and Intermediate Champion honors. 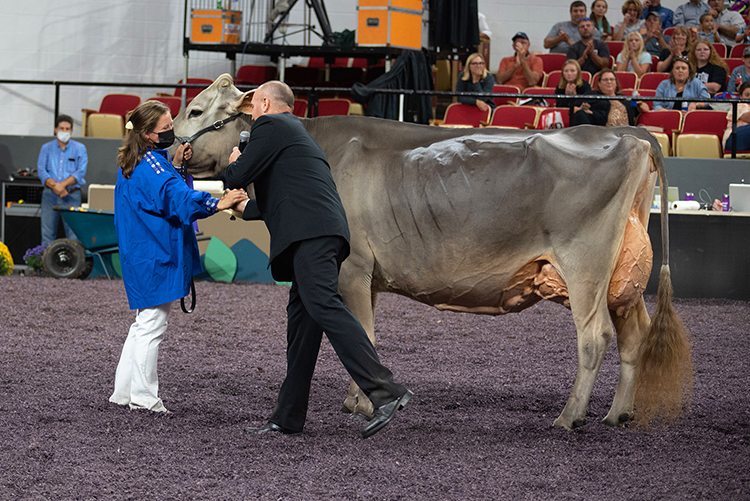 Ken Main and Kenny Joe Manion of Copake, N.Y., are no strangers to purple banners and blue medallions. The duo is most notable for their accomplishments with Cutting Edge T Delilah, the Supreme Champion of the 2018 and 2019 International Show and 2018 Junior Show.

Siegrets Damian Pinapple was the Reserve Intermediate Champion of the open show. The senior 3-year-old was in the same class as Faroh and is owned by Leslie and Linda Bruchey of Westminster, Md.

Pit-Crew Formula Tawny was titled Junior Champion of the International Brown Swiss Show and Junior Show. The Winter Yearling is owned by Pit-Crew Genetics and was exhibited by Abby Foss. 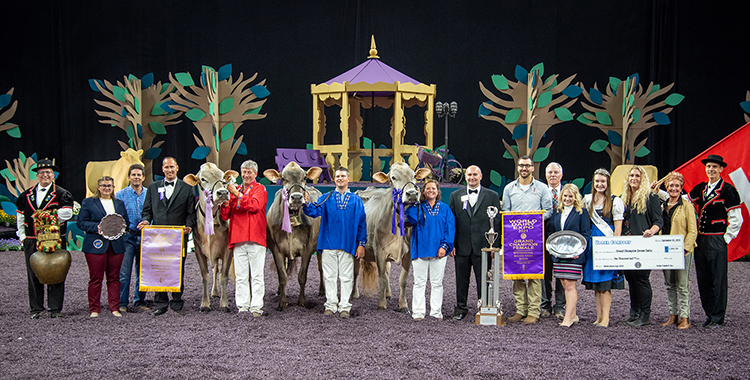 The Reserve Junior Champion of the open and Junior Show went to Wright-Way Famous Tik Tok-ET. The heifer champed a class of 41 competitors and is owned by Landree and Dakota Fraley of Muncy, Pa.

In the Junior Show, Matthew and Allison Thompson of Darlington, Wis., claimed the honors of Senior Champion and Grand Champion. Their 10-year-old, Random Luck B Tea Rose, won the Component Merit Class.

From Kentucky, Hadleigh, Ezra, and Kenna Jones own the Intermediate Champion of the Junior Show. The junior 2-year-old, Kruses LJ Fab Skylar-ET, was first-place junior in the class and second in the open show.

The Reserve Intermediate Champion of the Junior Show was Johann Carter Dartmouth. The junior 3-year-old is owned by Brayton, Ryland, and Camdyn Nierman of Brownstown, Ind.