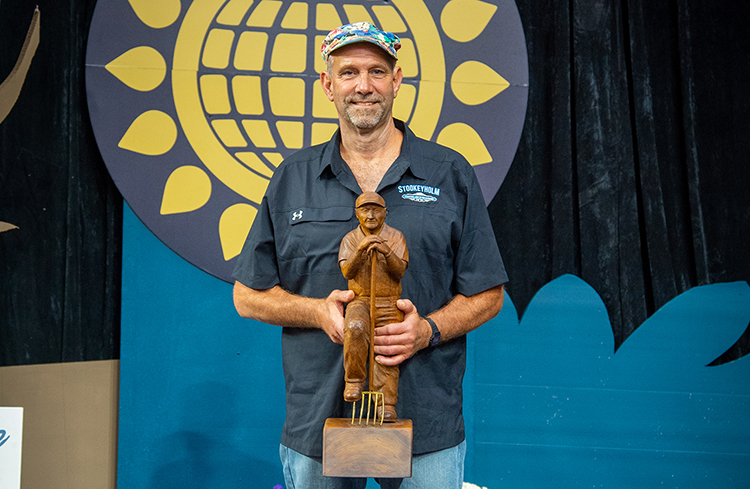 Jeff Stookey of Milford, Ind., was presented the 30th Klussendorf-MacKenzie Award during the 54th World Dairy Expo in memory of Duncan MacKenzie, the 1961 Klussendorf winner. While this year’s Duncan MacKenzie winner has an impressive dairy résumé, it is most important to note that Stookey exemplifies the standards that made Duncan MacKenzie the forbearer of this award.

This seventh-generation dairyman’s passion for the dairy industry and desire to help others began at a very young age, working side-by-side with his father, John, on the family’s dairy. While working on that farm, Stookey also started fitting cattle from 1977 to 1993. With a true eye for the good ones, he would buy animals while working on the road and develop them into show winners.

Stookey’s eye for finding a good one, when added to his home herd, furthered the farm’s genetic base. After his father suffered a heart attack in the early 1990s, this year’s MacKenzie winner returned to work full time on the family farm to further develop the registered Holstein and Jersey herd.

As this year’s MacKenzie winner developed his herd, he went on to exhibit 47 All Indiana and 24 Reserve All Indiana winners throughout the years. On the national stage, he exhibited the Junior Champion at the 1999 World Dairy Expo and the Junior Champion at the 2008 All American Dairy Show at Harrisburg, Pa. This Indiana dairyman has sold numerous animals to Brazil, Canada, Japan, and Mexico, as well as many animals to fellow U.S. breeders.

For this seventh-generation dairyman, living on a farm is a family matter. In December 2019, this year’s MacKenzie winner suffered a near-fatal heart condition but the love and support that he received from his friends in the dairy industry is a true sign he has spent his life in the industry that he is supposed to be in.

As Stookey made his way to the colored shavings on the Friday of World Dairy Expo, he most certainly would recognize that it takes a team to run a dairy. With that in mind, Jeff would be quick to thank his wife, Marla, and their children and their spouses, Jordan, Maranda and Camron, and Mallarie and Micah, for their work on the dairy.