It’s time to get off the island

Isolating ourselves does no good to reach the people consuming our product. 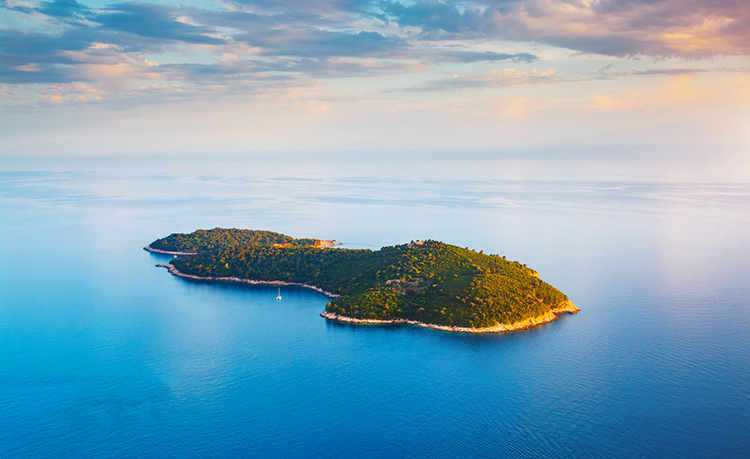 Have you ever been put on a pedestal? Or maybe you’ve put someone else on one? I know I have. The problem with putting people on pedestals is that eventually, they fall. I’ve unfairly put people or experiences up there that couldn’t possibly live up to the expectations in my head, and when I finally saw the reality, I was disappointed. Our relationship suffered through no fault of the other person, and a possibly great relationship was ruined, or potentially so. I think farmers are putting themselves on a pedestal, effectively ruining our relationship with consumers.

Maybe not exactly a pedestal, but an island. We’ve put ourselves on our own little island in the middle of the ocean with no raft or bridge to allow others to join us. I know what you’re thinking . . . that doesn’t sound so bad. An island full of farmers where we don’t have to explain our actions or deal with the ignorance and hate that comes from people who don’t understand us? Did I just describe heaven? But that alternate reality isn’t where we live. We live in a world where we need farmers and non-farmers. We need the people who make the food and the people who buy it. We need a bridge. Our bridge is advocating. Our bridge is social media and being open to talking about how we farm.

This particular island we’ve found ourselves marooned on is an island of our own making. We spend so much time talking about how hard we work, how many hours we put in, and how little we get paid for it that we’re creating distance. And I get it, we’re a little bitter. We’re underpaid, overworked, and underappreciated. So, when we talk about our farms, we try to nail home how hard we work so the rest of the world can eat. The problem is that the rest of the world doesn’t want to be forced to appreciate us. Maybe it’s because they know they don’t know enough about how their food is made. They’ve fallen into that trap where admitting it now is super embarrassing because they haven’t really cared for the last 30 years, so it’s way easier to just keep ignoring it. Or maybe they really don’t care as long as food keeps showing up in their grocery stores.

My point? Let’s stop talking about how hard our job is and how much we love it and how little we get in return and just start talking about what we’re doing. Not just on the farm, but in life. I follow other people on social media because I like them. Or because they inspire me or make me laugh or have similar interests. I don’t follow them because I feel bad that I don’t appreciate them more. I’m tired of this island life; I sunburn far too quickly.