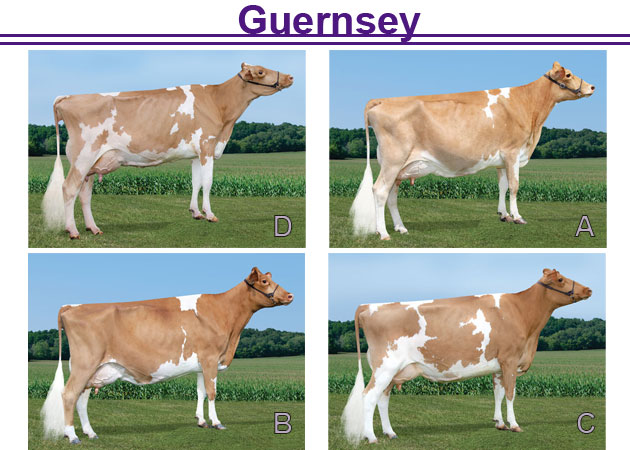 In a close placing, D wins this class as she has the highest and widest rear udder, most balance to rear quarters, and the most bloom to her udder. In addition, she has a longer dairy frame and tracks more correctly on her rear feet and legs than A. However, A does keep this a close placing because of her balance and dairy strength throughout.

A handily places over B as she has more height to the rear udder attachment and is longer and smoother in the fore udder. To tip the scales even further, she has a more correct set of rear feet and legs with less set to the hock when viewed from the side than B. Admittedly, B is a longer cow from end to end.

In the final placing, B places over C on her dairyness from end to end and distinct advantage in the udder. In particular, B is longer in the fore udder and has more height in the rear udder. While C has more strength throughout, she lacks dairyness and needs a higher and wider rear udder to stand any higher in the class.

About the Judge . . . DELBERT YODER 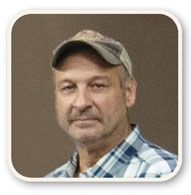 DELBERT YODER
West Salem, Ohio
Yoder placed the GUERNSEYS. Yoder and his wife, Heather, own and operate Brook Hollow Farm. Over the years, the Yoders have owned and shown several national show winners in a number of breeds. The 2007 Klussendorf-MacKenzie winner, Yoder is a man who has cared for and fitted many great heifers and cows at the major shows in Harrisburg, Madison, Louisville, and even internationally at Australia’s International Dairy Week. Giving back to youth is one of Yoder’s biggest attributes. An accomplished judge, this outstanding role model to youth helps many 4-H members with their clipping, hoof trimming, and show preparations at shows.