Something is always changing

When we make adjustments on the farm, some are more successful than others, but we are continually learning and improving the herd. 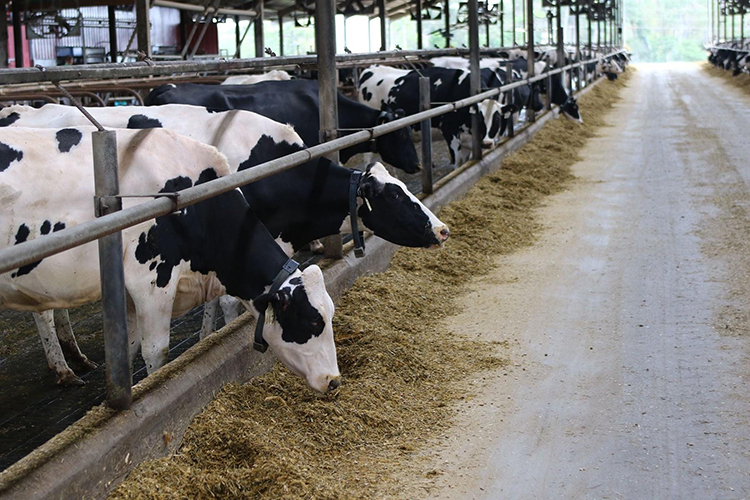 We are in constant motion and change here at Hillcrest Farms in an attempt to continuously improve. One example of this is with our feeding program.

Before installing robots, our milking cows were all consuming one set feed ration. We didn’t have high or low producing groups; we just fed one ration for the entire milking herd. When we installed robots, we continued this feeding cycle until we opened the parlor back up for heavy bred cows that were soon to go dry. At that point, we added a second ration just for that group. We had to adjust for the lower end of the gestation period as well as add energy back in since they weren’t getting it from a robot pellet anymore.

Our robot herd is broken up into two groups. The first group is second lactation or greater animals. These ladies are older and know how to use the robots. There isn’t a whole lot of training that goes on in this pen. When the perfect number of cows are in the group, the flow goes very well and there isn’t a whole lot of fetching going on. These girls are older, bigger, and hungrier! They eat quite a bit more. When creating feed rations, we were just creating one feed sheet for both groups with a weigh stop between the two.

Our nutritionist is here today, and we are doing a rather big change. We are now giving the first lactation group its own feed ration based on its average dry matter intake, because we have two very different dry matter intakes between the groups. When feeding both groups the same ration, this causes less efficient feeding and give or take with concentrates that the cow consumes. This change should be better for the individual groups and more efficient for the farm, especially with feed prices rising like they are.