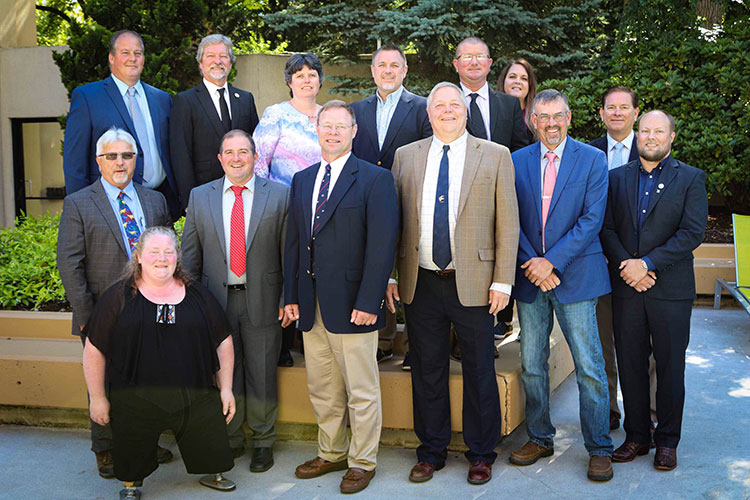 Alan Chittenden, Schodack Landing, N.Y., was elected to a one-year term as President of AJCA on June 25. Chittenden became the first third-generation President of the AJCA, following in the footsteps of his father, Paul, and grandfather, Stanley. He is a fourth-generation breeder and owner of Registered Jerseys. Chittenden owns and operates Dutch Hollow Farms LLC in New York with his parents and two brothers. They milk 900 Registered Jerseys and have the herd enrolled in REAP, are contract advertisers in the Jersey Journal and have contributed to Equity for nearly 50 years. In 2012, the family was honored with the AJCA Master Breeder award. In addition, Alan has served as General Chair of The All American Jersey Shows & Sales in 2018, and chair of The All American Sale Committee in 2016. He served two terms as AJCA Director from the Second District from 2014-2020.

Joel Albright, Willard, Ohio, was re-elected as AJCA Director from the Fourth District and as Vice President of the association. He owns and operates Albright Jerseys LLC, a 600-cow operation enrolled on REAP, with his family. The Albrights have placed several bulls in A.I. and have consigned animals to numerous sales. In 2016, Joel received the AJCA Young Jersey Breeder Award. He serves on the All American Sale Committee and is the Associate General Chair of the All American for 2022. He currently serves as chair of the Breed Improvement committee and is a member of the Type Advisory committee and Jersey Performance Index Advisory committee.

Donna Phillips, DVM, Newton, Wis., was re-elected to a three-year term as Director from the Seventh District. She owns and operates the 84-cow REAP herd D & D Jerseys with her husband and daughters. The herd ranks among the top 10 in the nation for milk, fat and protein production overall. Donna is currently serving her fourth, four-year term as director of the Wisconsin Jersey Breeders Association having previously served as president and vice president. She and her husband received the AJCA Young Jersey Breeder Award in 2005. She is a member of the Breed Improvement committee, Jersey Performance Index Advisory committee and the Identification and Information Technology committees.

Garry Hansen, Mulino, Ore., was re-elected to serve as AJCA Director from the Tenth District. Hansen, a third-generation Jersey breeder, and his wife own and operate the 100-cow dairy enrolled on REAP, Lady Lane Farm. Milk is processed at the on-farm creamery using the All-Jersey® Queen of Quality label. Garry is a former president of the Oregon Jersey Cattle Club and was a member of the planning committee for the 2022 AJCA-NAJ Annual Meetings held in Portland, Ore. He serves as chair of the Development committee and as an ex-officio to the National All-Jersey Inc., board of directors.

Tyler Boyd, Hilmar, Calif., was re-elected to a three-year term as Director from the Twelfth District. He is a fourth-generation Jersey breeder and remains active with his family’s farm Boyd-Lee Jerseys in Parrottsville, Tenn. In addition to his family’s REAP herd, Tyler breeds a small herd of his own in California and is the general manager of Jerseyland Sires in Hilmar, Calif. He has served as chair of the National Jersey Jug Futurity Committee and is now a member of the sale committee. Tyler was a member of the inaugural class of Jersey Youth Academy and won the 2008 National Jersey Youth Achievement Contest. He serves on the Breed Improvement and Finance committees for the AJCA. 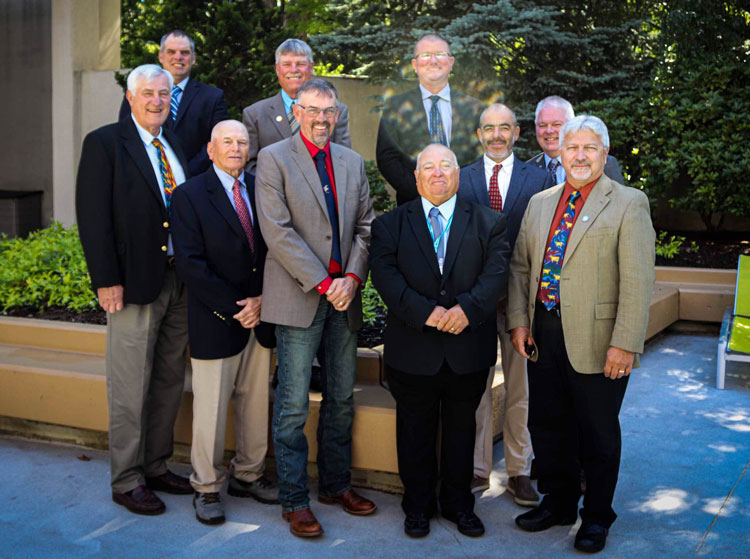 John Kokoski, Hadley, Mass., was re-elected as president by the Board of Directors for National All-Jersey Inc., on June 24, 2022. Kokoski has been a member of the NAJ Board since 2007. He and his family own and operate Mapleline Farm LLC. The enterprise includes a 135-cow Registered Jersey herd enrolled on REAP and a dairy plant that processes and distributes a full line of Jersey milk products to grocery retailers, restaurants and university food service.

John E. Marcoot, Greenville, Ill., was elected to serve his second four-year term as Director from District 4. Marcoot and his family operate Marcoot Jersey Farm Inc. and Marcoot Jersey Creamery LLC, crafting artisan cheese on the farm from a herd of 110 Registered Jersey cows. They make several varieties of artisan cheese, from mild, fresh cheeses to harder, aged cheeses, which are sold with Jersey beef at the farm store. Cheese is also sold at retail outlets across the Midwest and through a mail order business. He is a sixth-generation Jersey breeder.

Appointed to the NAJ Board of Directors as an at-large director by outgoing AJCA President Jonathan Merriam, was Corey Lutz, Lincolnton, N.C. Lutz will succeed retiring director Veronica Steer, Cottage Grove, Tenn. He and wife Bridgette and children Mandy, James and Olivia, own and operate Piedmont Jersey Dairy, a 250-cow herd enrolled in AJCA’s REAP program. They recently vertically integrated their dairy with the opening of Riverbend Creamery on the farm. The creamery is an on-farm store and processes milk from the milking herd of Piedmont Jerseys.

James Huffard, Crockett, Va., was re-elected as NAJ vice president and will serve as Finance Chair.

Ex officio directors on the NAJ Board for 2022-2023 are AJCA President Alan Chittenden and AJCA Board committee chairs Bradley Taylor, Finance, and Garry Hansen, Development.

The American Jersey Cattle Association, organized in 1868, compiles and maintains animal identification and performance data on Jersey cattle and provides services that support genetic improvement and greater profitability. Since 1957, National All-Jersey Inc. has provided services that increase the value of and demand for Jersey milk and milk products and Registered Jersey™ cattle and genetics. For more information on AJCA and NAJ services for dairy business owners, visit the website at www.USJersey.com or connect at facebook.com/USJersey.