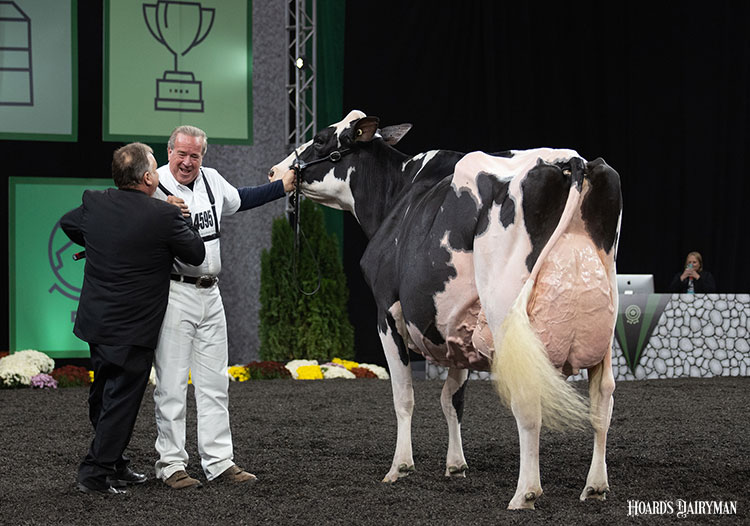 Oakfield Solom Footloose-ET was selected as Grand Champion Holstein
Judge Pierre Boulet rushed across the colored shavings in dramatic fashion to select Oakfield Solom Footloose-ET as his Grand Champion of the International Holstein Show. The winner of the Five-Year-Old class and Senior Champion is owned by Duckett Holsteins, Vierra Dairy, and Tim and Sharyn Abbott of Rudolph, Wis.

“She’s a special cow. So much balance, a really good udder, and really good feet and legs,” is how he described his champion. Boulet, from Montmagny, Quebec, Canada, and his associate judge, Richard Landry of Ste-Brigitte-des-Saults, Quebec, Canada, placed 508 Holsteins over the two-day show. 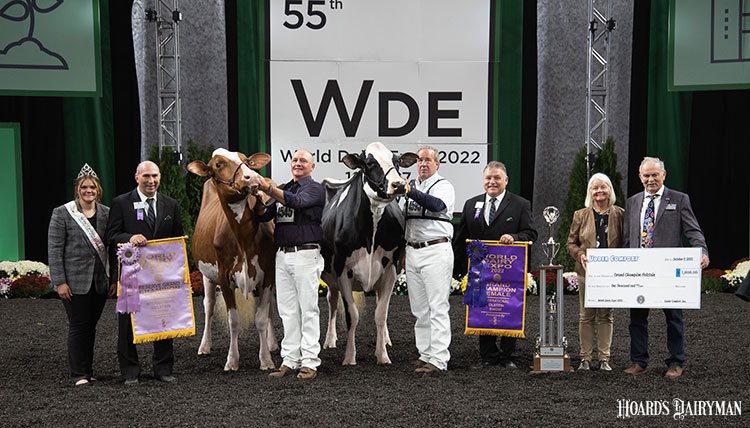 The Premier Breeder banner went to Oakfield Corners Dairy of Oakfield, N.Y. Jim Butler of Chebanse, Ill., was named as the Premier Exhibitor. Croteau Lesperron Unix-ET was the Premier Sire of the International Holstein Show.