Does a farmer ever rest?

We have many decisions to make, but we are only human, too. 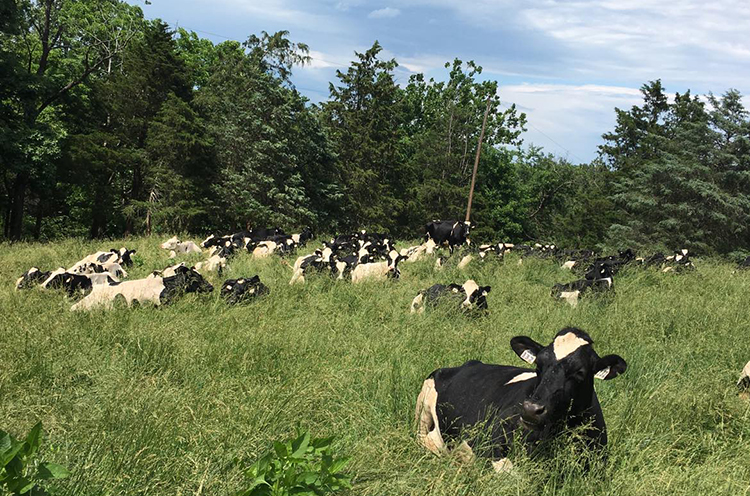 Last week, I was finally able to have surgery to remove my wisdom teeth. Yes, I know, I’m a college graduate and I should’ve had it done when I was 16, yeah, yeah, yeah. The truth is that I went to four different dentists before my newest one would even look at my wisdom teeth. I’d been in pain for years, but that’s beside the point. After the surgery, I had to do the one thing all farmers despise — rest. That meant staying on the couch with ice packs, pain meds, and applesauce. While lying there, “resting,” my mind decided to throw 100 different questions and scenarios on me that finally made me conclude that, as farmers, we never actually “rest.”

The questions included, but were not limited to, has X cow calved? I wonder if 124 had a heifer or a bull. Are they going to bring in a load of hay today or just a bale or two until tomorrow? Has the bill for corn harvest come yet? How much longer can the parlor keep up or do we need to start looking at new equipment? I wonder if so and so got to work and if school is going well. What are milk prices going to do this month? Have they picked up that motor we rebuilt yet? The steer sale is Wednesday; I hope they can get them loaded okay. I wonder what the boys will weigh this time? Have they fixed that fence on the ridge? That’d be a good place to winter some cattle.

The list continued to get longer and longer and then, finally, I stopped and started to chuckle to myself. When most folks get told they need surgery and will be out of work for some amount of time, they are looking forward to sleeping and resting. As farmers, we think of all the things that need to be done, aren’t getting done, and how in the world we will ever get caught up. It’s a vicious cycle that has been ingrained in us for centuries.

There are only two things in life that are certain: 1) the sun will come up tomorrow and 2) farmers are superhuman. We have so many things to think about and consider every time we go to make a decision. A week of recovery after a fairly simple surgery becomes more like torture when our minds start to race. At some point, we have to stop, chuckle, and try to think about ourselves instead of all the other factors. At the end of the day, we are only human. We may act and think like we can do it all, but at some point, we just have to let it be.