How my brother got a job at NASA

In one summer, he went from farmer to rocket scientist. 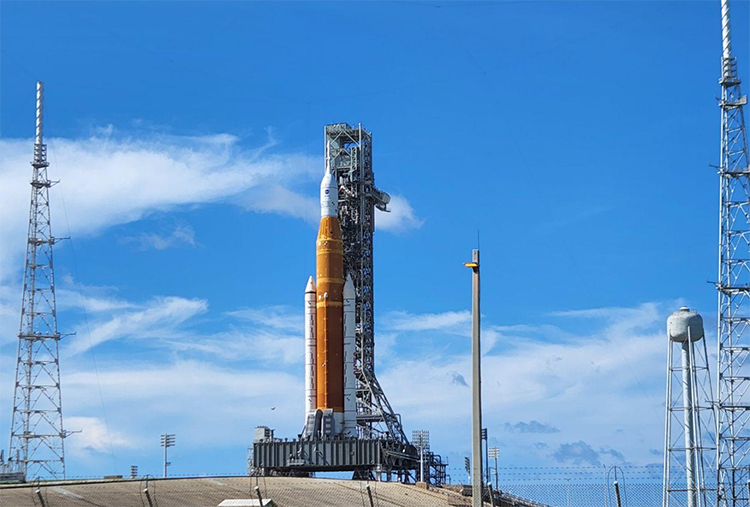 When we’re young, there’s always one kid who says they’re going to be an astronaut. We all smile, roll our eyes, and know it’s probably not going to come true. Maybe that’s why people are always so shocked when I tell them that my older brother, Slade, works for NASA. And since, apparently, I don’t mention it enough, I’m going to tell you how a farm kid from Pennsylvania who once tried to drive a dirt bike up a tree ended up a rocket scientist.

Slade graduated Penn State with a degree in agricultural engineering. When he first graduated, he had a few job prospects. I believe one was for New Holland and another was for a mining company in Minnesota. But in June, at my parents’ 25th anniversary party, his fate changed. Our dad’s childhood friend attended. He and his wife are pretty high up on the NASA ladder, and he mentioned that they were hiring in one of the hydraulic divisions. With a word from him and a great interview, Slade and my mom were on a plane to Florida to find him an apartment by August. 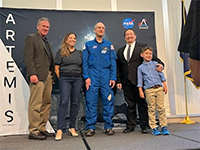 He started in hydraulics, working on the boosters that helped kick the space shuttle into and out of orbit. So, that’s kind of an important division. By the time the shuttle program ended, my parents and I had each seen a shuttle launch as up close as you could get (three miles), and my brother was the team member in the launch room giving the “go” or “no go” for his department. That was pretty cool. Then, in 2011 when the shuttle program ended, he got to travel to Washington, D.C. to help decommission the Discovery shuttle so it could be displayed in the Smithsonian.

After that, I’ll admit that I have no idea exactly what my brother did for a few years. With shuttles no longer flying, they looked toward bigger and better prospects, like flying to Mars. He spent a lot of time on plans for the Artemis mission and spent a good deal of time traveling and talking about NASA and what it does for our country. He also got a few promotions and was often praised for his ability to see all the way to finish line and use common sense when others . . . didn’t.

The last few years, he’s been assigned to the recovery team for the new capsules that will be our next adventure into space. He’s spent a lot of time on a Naval ship docked in San Diego overseeing an entire team of divers and experts that are testing how to retrieve the capsule and the astronauts when it drops back into the ocean. In fact, a few months ago, he was awarded the Silver Snoopy award by the NASA astronauts for exemplary leadership.

Slade never expected to work at NASA, but he’s shown them that it’s more than just his degree that makes him qualified to be there. Every day he proves that his work ethic, leadership skills, and overall “get ‘er done” attitude didn’t come from engineering classes; it came from the farm.

So, the next time you hear the phrase “dream big,” believe it. And remember that there’s a Pennsylvania farm kid down in Florida doing the exact same thing.