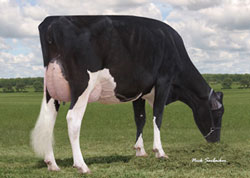 Bur-Wall Buckeye Gigi, a Wisconsin Holstein, has become the new holder of the national milk production record. Gigi, bred and owned by the Behnke family's Bur-Wall Holsteins in Brooklyn, Wisconsin, calved at nine years and three months, and set a 365-day record of 74,650 pounds of milk, with 2,126 pounds of fat and 2,142 pounds of protein.

By comparison, the actual production average for all U.S. Holstein herds enrolled in production-testing programs in 2014 was 24, 953 pounds of milk, 918 pounds of butterfat and 773 pounds of protein.

Nine-year-old Gigi, who is scored EX-94 3E, was sired by R-E-W Buckeye-ET. She classified VG-88 as a two-year-old. Then, as an eight-year-old, she gave 61,186 pounds of milk and led the state of Wisconsin and the country in milk production, fat, and protein for Mature cows.

Gigi took third place and Best Udder in the 2011 Midwest Spring National Holstein Show. She placed eighth as a Five-Year-Old Cow in the 2012 International Holstein Show at World Dairy Expo, and fifth as an Aged Cow in the 2013 Midwest Spring National Holstein Show. She was a 2013 winner of Holstein Association USA's Star of the Breed award, when her 365-day production record was 52,190 pounds of milk.
"Gigi represents what's great about the Holstein breed," said John Meyer, Holstein Association USA, Inc. CEO. "She is nine years old, she produced 74,650 pounds of high-quality milk in one year, and she excels in type, as she is classified EX-94. The national milk production record is a true credit to not only Gigi, but to the Behnke family's breeding and management expertise. What the Behnkes have accomplished with Gigi exemplifies why the Holstein cow is the most efficient producing dairy animal."

Even without the use of sexed semen, Gigi has had four heifers in her four calvings:

Bur-Wall Holsteins is owned by Robert (Bob) and Denise Behnke, who purchased the farm from Bob's parents, Wallace and Donna Behnke, who bred Gigi. Bob Behnke says Gigi earns her title of "diva" every day-but it's worth it. "We're really sure that she's a complete cow-her width and length, her feet and legs and udder are out of this world and she really likes to milk," he said.

Behnke said they will soon start IVF-flushing Gigi, and perhaps do some conventional flushing. And they will continue to choose high production bulls when they breed her. "I think we'll just stick to making another duplicate of her," he said.

The Behnke family has long been actively involved in breeding, raising, showing, and merchandising elite Holsteins. Today, they milk 50 Registered Holsteins, witha rolling herd average of 32,377 pounds of milk, 3.9 percent fat, 1,256 pounds of fat, 3.2 percent protein and 1,029 pounds of protein. The herd has a Breed Age Average (BAA) of 110.6. 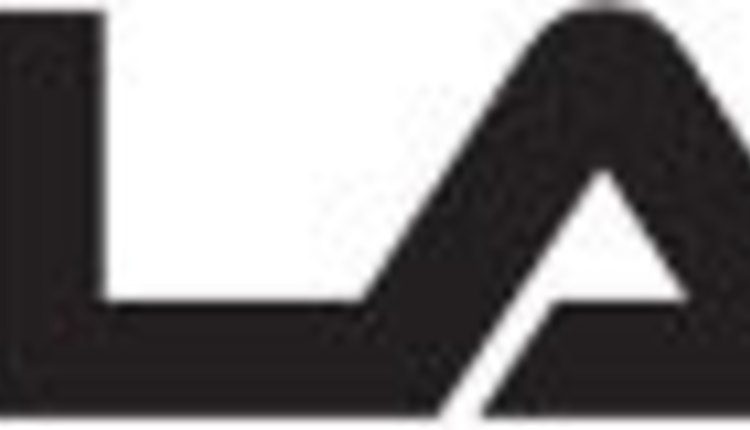