Cole and Jessica Peters, Meadville, Penna., will receive one of seven Young Jersey Breeder Awards given by the American Jersey Cattle Association in ceremonies on June 22, 2017, during the association’s Annual Meetings in Gettysburg, Penna.

The Young Jersey Breeder Award is presented to individuals or couples who are at least 28 years old and under the age of 40 on January 1 of the year nominated, who merit recognition for their expertise in dairy farming, breeding Jersey cattle, participation in programs of the American Jersey Cattle Association and National All-Jersey Inc., and leadership in Jersey and other dairy and agriculture organizations.

Cole and Jessica Peters grew up on their family Jersey farm, Spruce Row Farm, Meadville, Pa., along with their older brother, Slade, and their parents, Jeff and Janet Peters. Chores on the farm came for the two at an early age, milking, making hay and helping with field work, and caring for heifers in barns they were given to care for.

As they grew older, they became interested in different roles on the farm. Cole became more involved with the tractors and crops while Jessica took more of an interest in the cows. Both were very involved with 4-H and showing their Jerseys. After attending the Western Pennsylvania Jersey Association meetings, they decided to join the state and national Jersey associations.

Jessica attended The Pennsylvania State University, completing a degree in animal science in 2007, and Cole received his degree in diesel mechanics from the Pennsylvania College of Technology in 2008. After college, he returned home to work on the farm while Jessica went on to work on dairies in New Zealand for two years.

The Peters family pays great attention to the genetics they use, resulting in being one of the top 25 herds for herd average Jersey Performance Index™ and placing among the top 10 for production multiple times for their herd size. Last year more than 50% of the herd was bred to genomic young sires. From the farm, SR Nathan Pro-P and SR Irwin Shaggy-P have entered A.I. as top polled young sires.

On the farm, Cole currently handles all equipment maintenance and repairs along with crop decisions and feeding the heifers daily. Jessica is responsible for caring for the high maintenance animals, milking the cows, and caring for the calves while maintaining the paperwork.

Cole and Jessica find it very important that the public is well educated about the dairy industry, and they do their part through Facebook and Instagram. They share photos and videos of their daily lives to help teach people about what they do and why they do it. “Cole’s ‘poor man Go-Pro’ videos show certain tasks through his eyes while I tend to tell people about the cow side of life; posting calf and cow photos and explaining how we care for our animals,” says Jessica. They have both been featured in several local and state community and agriculture publications. In 2011, they were the winners of the Pennsylvania Farm Bureau’s Social Media Award.

Tours are another way they like to educate the public. “We take the time to show groups of all ages and cultures around the farm and tell them about our operation and our Jersey cows.”

Jessica is currently the executive secretary of the Pennsylvania Jersey Cattle Association. 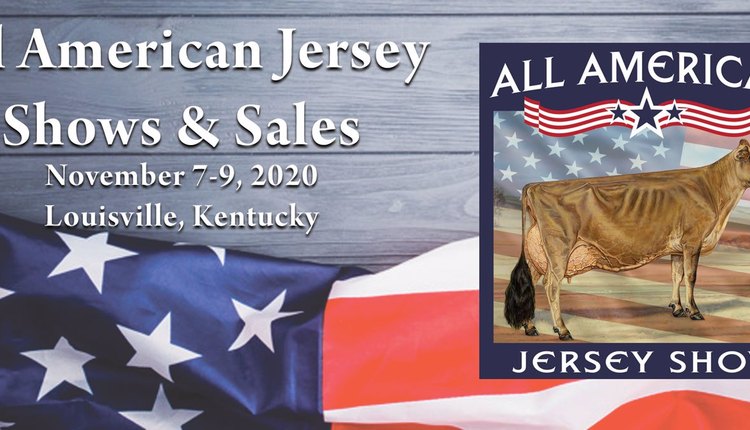 All American Jersey Show is November 7-9