Select Sires Inc., has appointed Mark Kerndt to the role of Aggressive Reproductive Technologies™ (ART™) program manager. “Mark has a broad background and skill set that will be very useful in his new role,” says Jeff Ziegler, vice president dairy cattle breeding for Select Sires. “Most recently, Mark has shown excellent technical and negotiation skills as a Holstein sire analyst for Select Sires. Some of our most highly sought after genomic sires have been developed under Mark’s watch,” Ziegler continues. 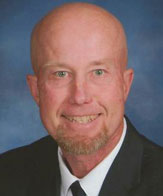 Kerndt graduated from Iowa State University with a bachelor’s degree in dairy science. While there he was an active member of the dairy judging team and was the high individual in oral reasons at the 1982 National Intercollegiate Dairy Judging Contest. After graduation, he spent 16 years as part owner and operator of Kerndtway Holsteins, Waukon, Iowa, and was recognized with the Iowa Outstanding Young Holstein Breeder award in 1996. The Kerndtway prefix can be found in the pedigrees of 7HO12228 Kerndtway KINGPIN-ET (EX-92) and 7HO12229 Kerndtway ERASER P-ET (EX-90). Kerndt then worked for the Northeast Iowa Dairy Foundation and Regancrest Holsteins before owning and operating Premier Genetics until 2010. Kerndt also served as director of marketing for Prairie State/Select Sires for five years before being hired as a Holstein sire analyst at Select Sires.
Select Sires also announced a title change for Kevin Jorgensen, Waupun, Wis., and Rick VerBeek, Tunkhannock, Pa., to senior Holstein sire analysts. “Both men have developed tenure and a high degree of respect throughout the industry with their honesty, knowledge and creativity for successful genetic development,” tells Ziegler. “They will be instrumental in helping coach and mold a new member of the sire team as we seek a replacement for Kerndt’s position.” For information about the opening for a dairy sire analyst, visit the careers section of Select Sires’ website at www.selectsires.com.

Based in Plain City, Ohio, Select Sires Inc., is North America’s largest A.I. organization and is comprised of nine farmer-owned and -controlled cooperatives. As the industry leader, it provides highly fertile semen as well as excellence in service and programs to achieve its basic objective of supplying dairy and beef producers with North America’s best genetics at a reasonable price.