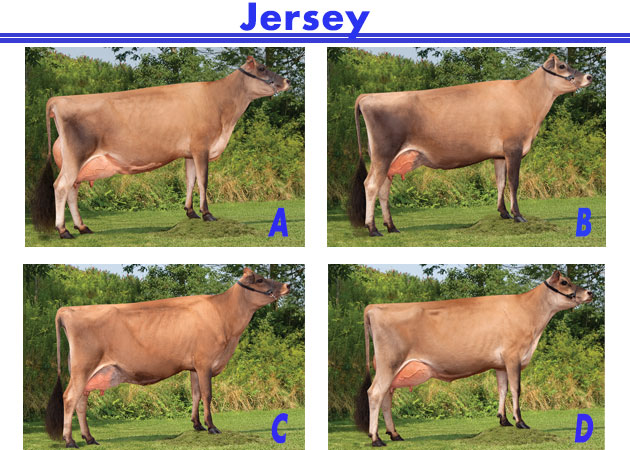 I place this class of Jerseys A-C-B-D. A makes her way to the top using her advantage in udder attachments and bloom of udder. I prefer the length and snugness of her fore udder. A also shows more height, width, and turn to the top of the rear udder than does C. In addition, A has more width of chest and strength through her front end, being especially strong in her crops. I do admit that C is a more open, cleaner hided cow.

In a close placing, C uses that beautiful frame in an advantage over B. She has more breed character throughout, being longer, and more feminine in her head and neck. C also shows much more depth and openness of both fore and rear rib. However, B keeps this a close placing by having a snugger fore udder attachment and by standing on a more desirable pastern.

It is that strength of pastern and steepness of foot angle, as well as correctness to her mammary system that gives B the edge over D. She steps down on a much stronger pastern, complimented by a deeper heel and a shorter toe. B also tracks straighter on her rear legs when viewed from behind. Additionally, she has more width at the top of her rear udder and definition of seam, allowing her to hold her teats more centrally placed beneath her quarters, noticing the wide front teats on D. That cow keeps this a close placing by having more drop to her flank and angularity throughout, but D lacks the desired teat placement and correctness of feet and legs to place higher.

About the Judge . . . Brandon Ferry 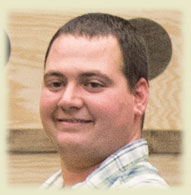 Brandon Ferry
Ferry placed the JERSEYS. He, along with his wife, Shianne, own and operate Fer-Crest farms with 70 registered Holsteins and Jerseys that have a Breed Age Average (BAA) of 111.3. Ferry has judged the Wisconsin State Jersey Show, the Midwest Red and White Spring Show, four Wisconsin District Holstein shows, along with the National Jersey Show in Bogota, Colombia. He also was an associate judge at the National Jersey Jug Futurity. Ferry works numerous sales throughout the U.S. and exhibits cattle at state, regional, and national shows. He, and his wife, Shianne, have two children. 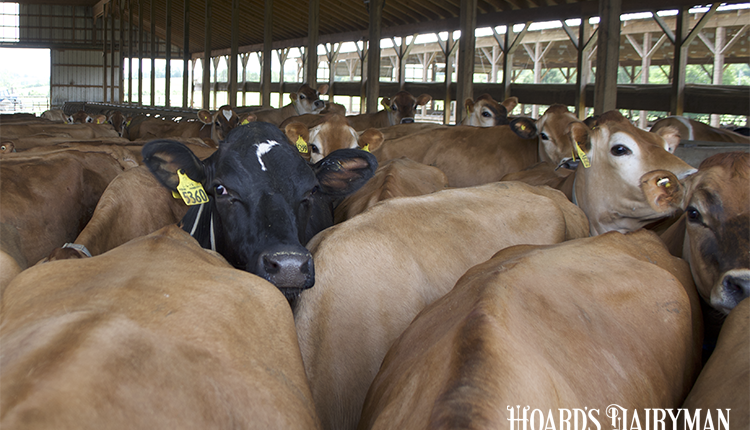