A lot of change in 10 years 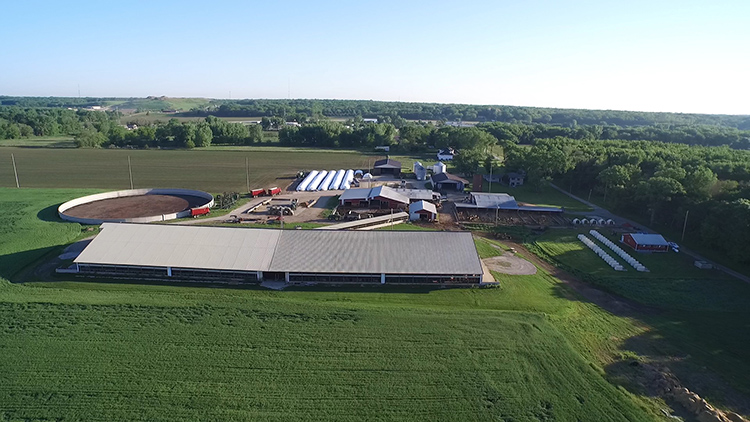 This is what our family dairy farm looks like in 2019. What will it look like a decade from now?

The 10-year challenge that we all really should care about is a far cry from the viral 10-year challenge (#TenYearChallenge) that has taken over social media, in which people post selfies of themselves today versus a decade ago.

We’ve all aged, some of us more than others. But then again, expanding my family and farm, building a house, losing my job, losing both my parents, and the rollercoaster that has shown more downward turns than up in the dairy industry will undoubtedly age a person.

Nearly 18,000 dairy farms have exited in the last decade. In 2009, some processing plants started going BST-free because of consumer concern. In part, this is why I lost my job in 2009.

Back then, it was a slow start of what today’s reality is. In 2009, little shelf space occupied slots of competitive, nontraditional milk. Today, countless brands fight for consumer demand that once was truly dairy. Also, back then, the majority of us were not socially connected. Many of us didn’t have Facebook, and none of us had Instagram or Snapchat. It really is unbelievable how much can change in one decade.

I’ll be honest, the uncertainty that lies ahead is frightening. And, while I feel the changes that unfolded over the last decade came rapidly, I deem the changes set to unravel over the next 10 years will come at lightning speed.

Pull on your boots because, ready or not, those who want to be part of the dairy industry a decade from now must be ready to embrace what’s coming today.

Life was hard a decade ago, but then again, it was also relatively easy. I had two little kids; they were five and three. I worked a 9-to-5 job in addition to raising them. The days zoomed by. The nights did, too.

Then one April day in 2009, I got a call from my employers’ human resources department, and all I knew came to a sudden halt. The days that followed were a blur, but the next chapter came quick. Freelance work came in abundance and soon after that a confirmed pregnancy test, making me appreciate my stay-at-home, work-at-home gig.

Fast-forward a decade later, and life seems so much busier and so much harder than it did in 2009. In 2009, we had little debt and really didn’t feel the downward cycle of dairy.

Today, we not only live with the bad milk price, but we feel the pinch. While we feel as if we are one of the fortunate ones still standing, truth-be-told, cash flow is minimal and capital expenditures have too many zeros. We’re at the mercy of the processors and also of the consumers. We talk about this daily.

But as I said before, with risk comes reward. So, we have to embrace the next decade; planning for worst-case scenarios and hoping for the best. Longing that we’re not only recognizable 10 years from now but that we are still milking cows, too.