Be a leader, not a boss

If you are the leader and no one is following, you’re just taking a walk. 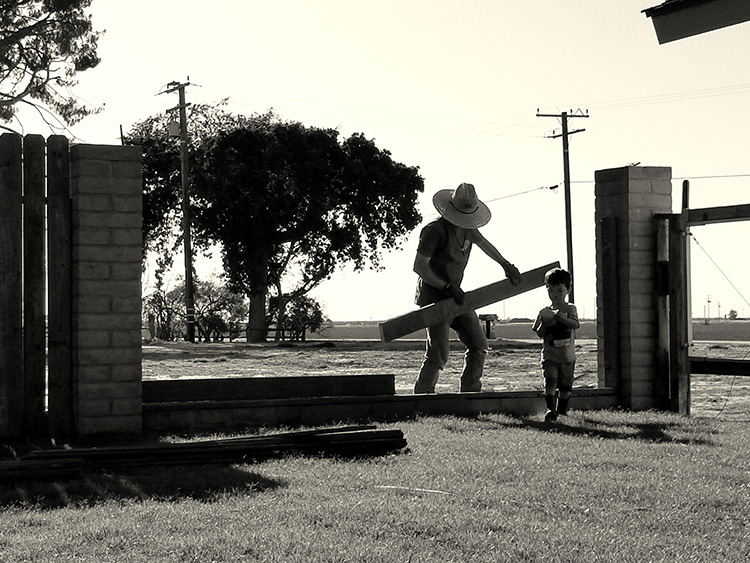 Summer break is here and so are the kids! Holy moly!

I love those little humans, but wow, they have some serious energy. Something I noticed nearly a week into their summer vacation is how much they observe what we do and how much more they are processing it now than when they were a little younger. Yes, I am not dull to the fact that children are always watching, but as children get older, their questions about your actions become more guided and pointed, much like the question that my 6-year old asked me the other night.

No, it was not anything about the birds or the bees, thank goodness . . . it was about me and my actions. Since they have been home, they have really noticed how much I work and how hard our jobs as dairy producers can be. He has noticed the pain in my eyes or the limp in my leg after pushing myself too far, and he now sees why I am so tired at times at the end of the day. My little boy is growing up watching his father work as hard as he can.

As we sat down for dinner the other night, he asked me, “Dad, if you are the boss, why do you work so hard?”

It was a great question that many people likely cannot answer themselves. My response was something that has been passed down in my family for generations, and now I got to pass it down to him. I told him that a boss is supposed to be a leader, and a leader is someone who leads by example and works alongside his team. A leader is someone who will never ask another person to complete a task that they themselves have not done or wouldn’t do personally if needed.

So many times, we forget what it means to be “In Charge.” Too often people see the “Boss” position as a symbol of entitlement instead of a place of humility and grace. Being the boss means you never clock out, you get the jobs no one else wants, and you get to receive the repercussions of the mistakes made by the team. Being in charge is so much more than sitting atop the totem pole, it’s about working with your team, supporting your team, and celebrating with your team when you all succeed.

Being the boss is about being an individual who people want to follow, not one they have to.

Remember, if you are the leader and no one is following, you’re just taking a walk.