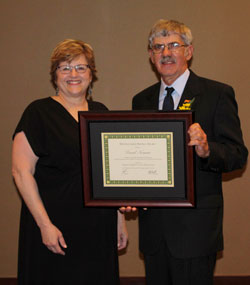 The Distinguished Service Award is presented to individuals who have rendered outstanding and unselfish service for many years and thereby have made a notable contribution to the advancement of the Jersey Breed in the United States.

Norman has served two three-year terms as Director of the Third District of the AJCA during which he served on the Breed Improvement, Development and Information Technology/Identification Committees. He also chaired the Finance Committee while serving as a member of the Joint Operations Committee. For 30 years Norman served as the secretary-treasurer of the Pennsylvania Jersey Cattle Association (PJCA). During his tenure with PJCA, he played multiple roles in the state’s hosting of three Annual Meetings of the USJersey Associations. He also served the organization as director and president.

For nearly three decades, the Norman family has sponsored the Norman Genetic Award to Pennsylvania’s highest herd for genetic merit. The family is also a president’s level donor to the AJCC research foundation. Fittingly, Norman with his wife, Aggie, placed the final bid on two of three canvas giclee prints of “The Jersey” offered at the 2018 AJCC Research Benefit Auction in Canton, Ohio for a combined $7,200.

Norman has merchandised his elite genetics to fellow Jersey breeders through private treaty and public sales. He has consigned to the National Heifer Sale, the All American Jersey Sale and the Pot O’Gold Sale. A 1987 recipient of the AJCC Young Jersey Breeder Award, Norman remains a staunch supporter of youth involvement. He has encouraged many young Pennsylvania breeders to apply for the award on the state and national levels with mentorship and support.

Norman grew up on Normandell Farms, operated by his family for over 90 years. In 1978 he went into farm partnership with his father and brother, Ernest. Today the two brothers milk 110 cows and farm 300 acres.

The American Jersey Cattle Association was organized in 1868 to improve and promote the Jersey breed. Since 1957, National All-Jersey Inc. has served Jersey owners by promoting the increased production and sale of Jersey milk and milk products. For more information on its programs and services, visit www.USJersey.com or call 614/861-3636.
In Industry Buzz 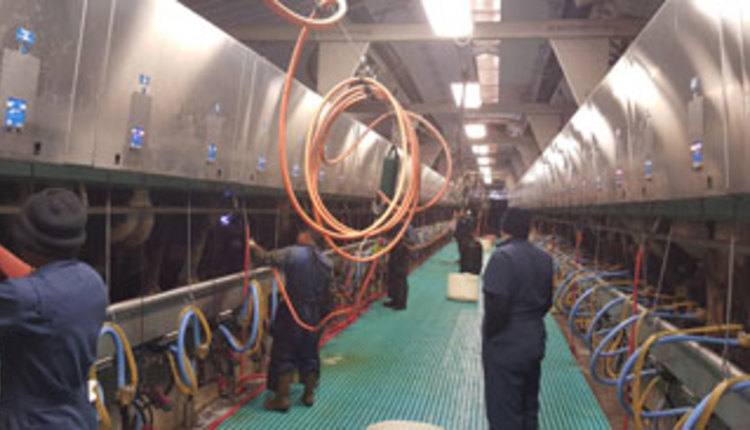 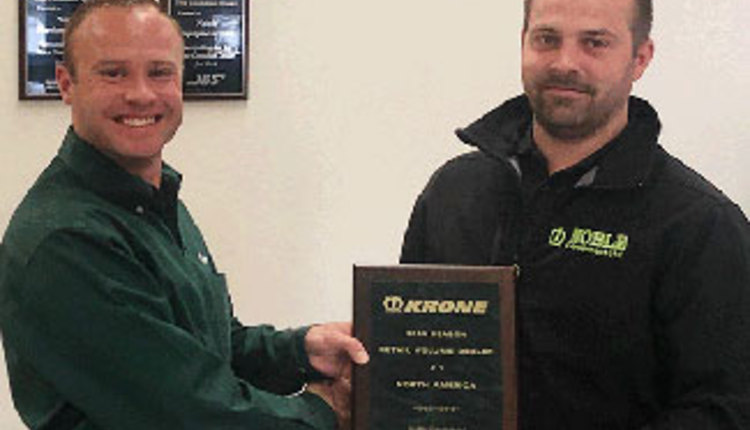