Be someone for somebody because you never know just how much it matters. 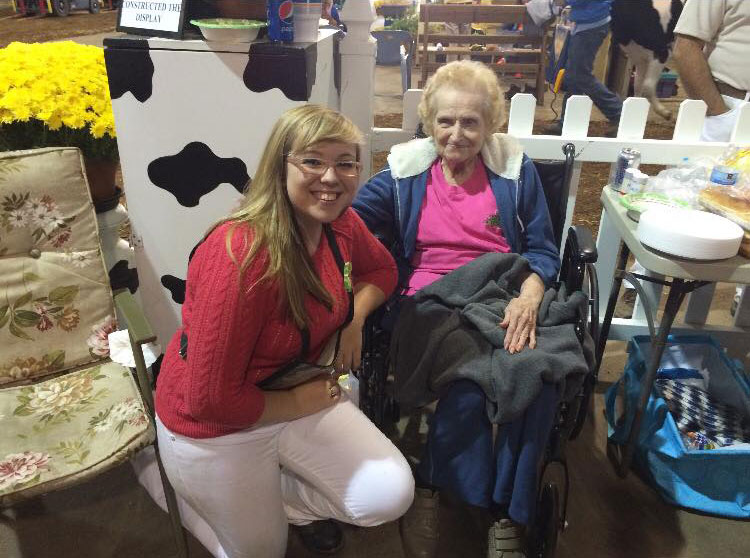 Mrs. Shirley Strowd was one of my first mentors I crossed paths with in the dairy industry at just 5 years old. Whether she and her husband, Wayne, were sending me old dairy magazines and sale catalogs so I could “keep up” or asking me about my own heifers, their influence has been unwavering.

It’s no secret that the younger versions of ourselves looked up to “the big kids.” However, it took me until this year to have the revelation that I was in fact one of those *gasp* “big kids” for other youth around me.

After traveling to Buffalo, N.Y., for the joint Ayrshire and Brown Swiss Convention, I was reminded just how much my actions matter. While on my way to attend the junior portion of the awards banquet, I was approached by Austin Meyer, a Wisconsin native, and young Brown Swiss and Holstein enthusiast.

I should preface this. Austin and I had never had a conversation before. However, I do my best to keep up with involved youth and knew that he was on the third-place junior Holstein Dairy Bowl team with his sister, Brianna. She was recognized as a National Young Distinguished Junior Holstein Member just the week before.

Austin immediately congratulated me on my week at National Holstein Convention. He didn’t just congratulate me though. He knew exactly what contests I was involved with and the results of them. Wow. I mean, I expect my parents to know this, but not someone I had never crossed paths with before.

Little does Austin know is that our conversation really changed my perspective. That night, my mind flooded with the countless individuals who I have kept up with since entering the dairy industry. Whether they were an older kid in my area who took the time to give me a few showmanship tips at a show or just someone older than me involved with youth breed activities.

Although the origin of the following quote is not known, I think it speaks true for youth in the dairy industry: “My role model didn’t tell me. He showed me.” Sure, we can instruct someone how to wash their calf for the county fair for example, but what else can we do? Imagine what it would mean to that one new fair participant if we put on our rubber boots, grabbed a brush, and helped them out. Of course, I’m not implying that you simply wash the calf for them, but show them what it takes to really get that calf clean.

I’m not responsible for Austin’s accolades. That was all him, his team, and his coaches. Nonetheless, what if we approached each young person who we connect with through the perspective of “What can I do for them?” As we gear up for fall shows and beyond, let’s remember what others did to serve as role models and mentors for us. What opportunities exist for us to do the same for the next generation?