Anyone could be a target

What hurts one farm impacts our entire industry. 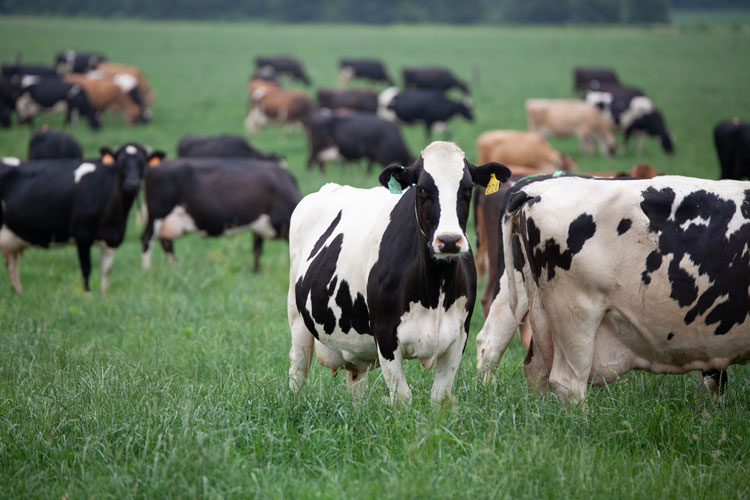 June is supposed to be a time to celebrate and promote dairy, but unfortunately, I think what I’ll remember most about June of this year is the extreme level of animal rights activist activity. From aggressively targeting Fair Oaks Farms to protesting at a dairy festival in Texas to holding a five-hour protest at a duck farm, activist groups really upped the ante last month. I think that trend will only continue. In addition to reminding us of the importance of carefully hiring employees and implementing security procedures, these incidents should also demonstrate the importance of all of us standing together.

It’s been disheartening to see others in agriculture adding fuel to the fire in some of these instances, particularly when Fair Oaks Farms found itself in the crosshairs of Animal Recovery Mission and an “undercover video” campaign.

My first piece of advice when dealing with any type of negative online content about agriculture is to avoid interacting with the negative post itself (sharing, commenting, reacting). Every time you “share” any post on Facebook — even if your intention is to debunk it or get perspectives from others — you are helping activist groups get eyes on their content. The more interactions a post gets, the more engaging it is and the more likely it is to show up in people’s news feeds. Facebook doesn’t know that you’re only reacting to that post because it made you angry, a share is a share regardless. If you want to send a post to a Facebook friend or a group to get advice for potentially responding, screenshot it! You can pass along all of the same information without helping them get more eyes on their lies.

To be clear — I (as well as the Animal Agriculture Alliance and the rest of the animal agriculture community) do not condone any mistreatment of animals. Fair Oaks Farms’ response says it well — what's shown in the video is unacceptable and the farm has taken full responsibility. It's reassuring to know that all but one of the employees shown had been terminated before anyone knew about ARM’s “investigation” because other employees had already reported their misconduct — this demonstrates that the culture at Fair Oaks Farms includes commitment to animal care.

It’s also important to keep in mind the mission and intentions of ARM. They are an animal rights activist group that wants to damage the industry, not promote animal welfare. They've had this footage for months and never reported any concerns to the farm. There are also allegations from several witnesses that the ARM “investigator” coerced employees to engage in the inappropriate behavior seen in the video.

This is not the first and unfortunately will probably not be the last time that they target the dairy industry with a carefully planned campaign. While our first piece of advice is always ensuring that your animal care practices are beyond reproach, we also advise farmers, ranchers, plant managers, and everyone else involved in handling livestock to be very vigilant in your hiring processes to ensure that everyone hired is there for the right reason — to provide care to livestock — and does not have any ulterior motives that would distract from that.

In addition to implementing measures to protect your farm and reputation, I strongly encourage everyone to keep in mind that what damages one farm or company’s image ultimately hurts everyone in the industry. Rather than making the situation worse by sharing videos or adding commentary to the situation, focus on helping to amplify the company’s response and sharing positive information about your industry and business. We’re all in this together — let’s try to support one another and stand together against adversaries who would love to divide us.