We need to get angry about mental health; we need to talk about it. 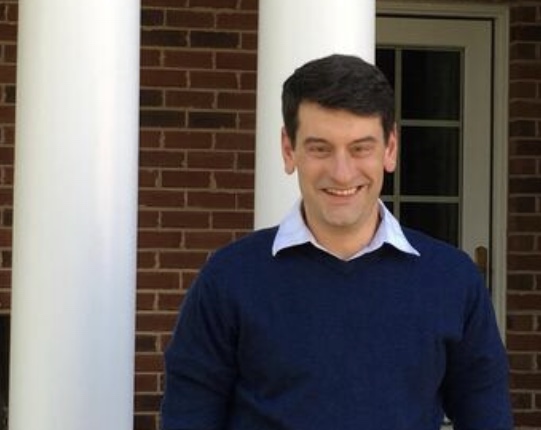 We lost my cousin Tommy to bipolar disorder earlier this month, and we need to talk about why.

I usually write this blog on Monday to be published on Wednesday. So today, for me, is Monday. Over the last year, I’ve been a little more open about my mental health struggles, but after the last few weeks it feels more urgent than ever. Two weeks ago, my cousin lost his struggle with bipolar disorder and took his own life.

Here’s the thing, I don’t want your sympathies or apologies. I don’t want you to tell me what a tragedy it is and how he was too young to die. I know all those things; I want you to be angry. I want you to be scared and maybe a little upset. What I want is for everyone to start talking about it. Talk about a time when you felt alone or lost. Talk about how you get over those feelings and let the people you love know that it’s okay to feel that way.

Society is starting to openly discuss mental health and the impact it can have on a person and the people they love, but agriculture always seems to be a few years behind. We can’t be left behind on this. It’s already affecting our communities, families, and maybe even ourselves.

I started talking about my feelings of depression not because it helped me — it was actually very hard to do — I started talking because it might help someone else. Maybe they reached out to me or maybe they just read the article and watched the videos, but maybe it was enough to make them feel less alone.

Maybe it was enough for them to say to themselves for a few days, “Hey, Jess knows how I feel. If she can have good days, maybe I can, too.” And that’s enough. Mental health isn’t a marathon, it’s a sprint. A daily sprint that leads to an eventual marathon of knowing who you are and what you need to be okay.

Not long ago, farmers were openly joking and complaining about co-ops and processors sending out the suicide prevention hotline number with their paychecks. Maybe it wasn’t meant for you. Maybe you have a support system or the strength you need to continue on every day, but maybe your neighbor doesn’t.

For the last two weeks, I’ve been thinking that maybe if people were more okay talking about what they’re going through, it wouldn’t be so awkward. Maybe the stigma of mental illness would go away, and we could talk about it like we do high blood pressure or diabetes. Maybe, if we weren’t so afraid of what we can’t see, my 36-year-old cousin would still be here with us. Don’t wait until it’s too late. Have the awkward conversation and maybe the people you love will be around to have the next one, too.