A bottle that tells the story of a generation

My grandfather was part of the Greatest Generation, and his lifetime saw such an incredible amount of change. 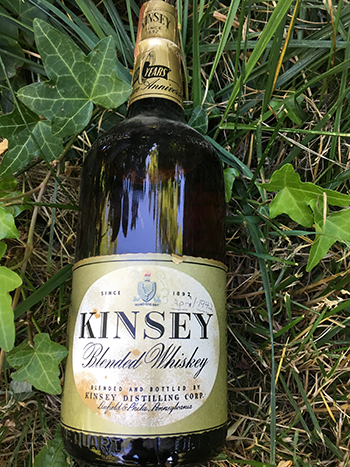 Today, my family will lay my grandfather to rest.

In his casket, we’ll place a bottle of whiskey for his safe keeping into eternity.

Why? Well, that bottle of whisky has a story behind it.

It’s a story of a group of brothers and cousins who went off to World War II. Before they left in April of 1942, they bought a bottle of whiskey. Along with the purchase, they vowed to drink it upon their safe return.

However, one of them did not return. The remaining all agreed the bottle should never be opened nor drank. As the last survivor of the group, my grandfather had been the caretaker of the bottle. With his death, he’s fulfilled the vow, and now we take comfort in the thought of the reunion of those cousins and brothers.

The things they saw
As my last grandparent, saying goodbye and paying tribute to this generation feels like an impossible feat. It’s hard to even begin to imagine or describe to my children all that they witnessed and endured. During my grandfather’s life, he experienced everything from World War to the landing of a man on the moon. Not to mention cellphones full of pictures of our everyday lives. That was an invention grandpa always got a kick out of.

So very much can change and evolve in a single generation. Reflecting on all my grandfather saw makes me look at the advances in the dairy industry and wonder at what I might get to witness in my lifetime.

The author is a third-generation dairy farmer from Oregon where she farms in partnership with her husband and parents. As a mother of three young boys who round out the family-run operation as micro managers, Darleen blogs about the three generations of her family working together at Guernsey Dairy Mama. Abiqua Acres Mann's Guernsey Dairy is currently home to 90 registered Guernseys and transitioned to a robotic milking system in 2017.