Why did you come back?

Returning to the farm to carry on my family’s farming tradition is the career I chose. 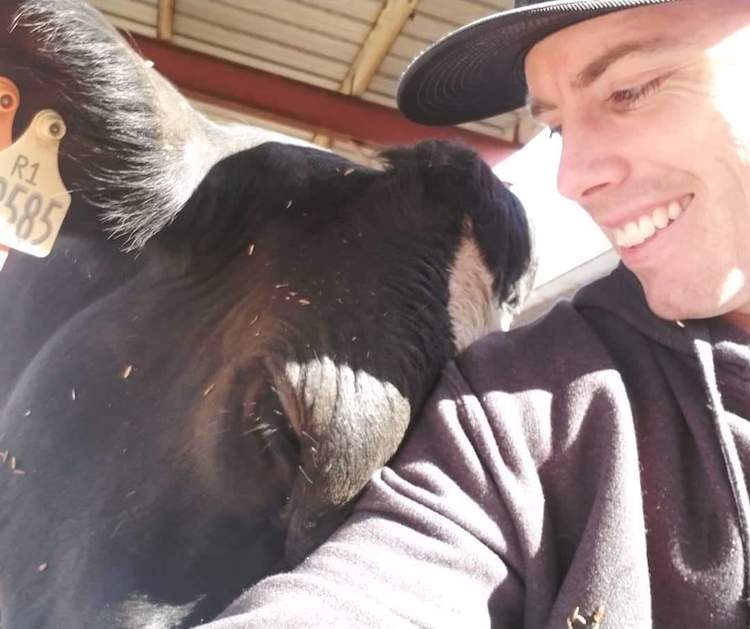 I was recently asked a question that I had not been asked before, and I had to think about it for a second. During an interview I was asked, “Why did you decide to come back to the dairy?”

Growing up, my grandfather and father pushed me to be the best that I could be in whatever I chose to do, and that included my career choice. They told me to go and get some experience outside of the dairy and see what it’s like to work somewhere else for someone else. They felt it was a good way to test my resolve for working on the dairy.

My grandfather, with all his tactful quirks, insisted that I become a “dog-and-cat man.” He would tell me, “Son, those people will spend thousands on a two-cent cat; go be a dog-and-cat man and fix little fluffy.” Well, I wasn’t really interested in pursuing a career as a small animal veterinarian at the time, so I set off to pursue other opportunities.

As a result, I realized that the dairy, the cows, and the crops were home. I needed to be a part of the life cycle that had been passed down through the generations. I wanted to improve and expand on what those before me worked so hard to achieve, and I loved the idea of raising a family alongside all of it.

When I came home and expressed my adamancy about staying on the dairy, my grandfather just shook his head and laughed as he said, “Well, I tried!”

The following quote came to me by both my father and grandfather at separate times. They said, “We never wanted you to feel like you had to stay, but if you decided to come back, it was because you really wanted it.”

By no means has it been easy, but it has by far been worth every bump, scrape, and set back. The dairy industry is not for the faint of heart, nor will it ever be, but I’m not sure I would want it any other way.