Walking in their hoofprints

Shared life experiences can help us better care for our cows. 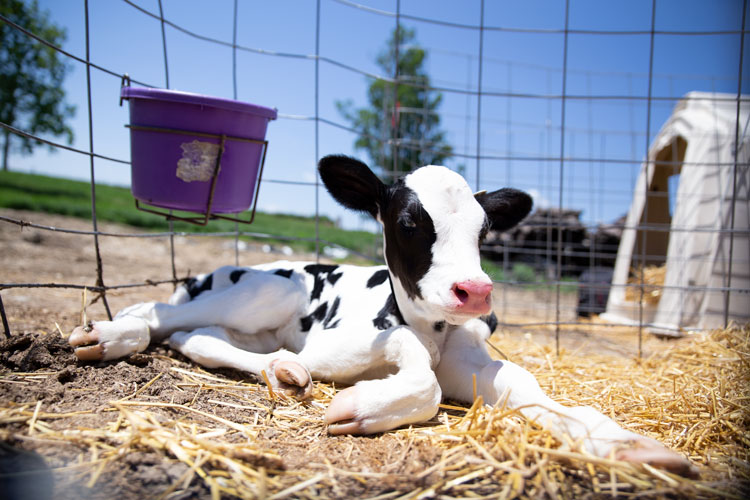 My biggest annoyance with animal activists is that they tend to focus on how similar animals and humans are, and they’re not completely wrong. Although there are a lot of differences between cows and people, we definitely have our similarities, not quite to the extent that they believe we do, but they’re there. For example, there are a lot of shared illnesses that we can all experience. I was unlucky enough to experience one of those illnesses in the last two weeks and, honestly, it was the worst.

I somehow managed to contract an infection that quickly turned septic and earned me a helicopter ride to a bigger hospital in our region. After a few days of fogginess, a ton of antibiotics and fluids, I was finally on the path to recovery. I was also finally able to think about what I had been through and how many times I had treated the same or a similar illness in my calves and cows.

I’ve thrown every antibiotic I have at a deathly sick calf, desperately waiting for one to work. I’ve given all of the fluids and supportive care I could, as often as I could, and prayed that I could turn things around. I’ve also lost my temper when none of it seemed to be working or the calf didn’t seem to be recovering as quickly as I thought it should. Well, now that I have that shared life experience, I think my patience will last a little longer.

I’ve always known the science. A calf’s body is replacing the depleted blood cells and repairing the cellular damage that we can’t see. Just like us, the antibiotics have wreaked havoc on its digestive system and it may take that animal a few days to regain its appetite then another few days to be able to properly digest food. I now know that there’s even more than that. For the first few days, just the thought of getting up will seem impossible, especially when you don’t have a reason to (no appetite). The exhaustion of its body repairing itself takes more of a toll than you can possibly realize.

It’s so easy to give that cow or calf a few days, then get frustrated that they’re still moving so slowly. We need to remember that these animals are tough, but they’re not indestructible. Surviving a septic infection is kind of a big deal, and it earns them a few weeks of low production and slow moving.

I am not a person who believes that people and animals exist on the same level, and I never will. But I’ve spent enough of my life caring for animals to know that they do feel and reason in their own way. So every new life experience I have, good or bad, I try to find a way to channel it back into them. How can it help me better care for my cows? Or better understand them? Even if the outcome is me being a little more patient, it’s a win.