“Udder miracles” are a big draw to the New York State Fair. 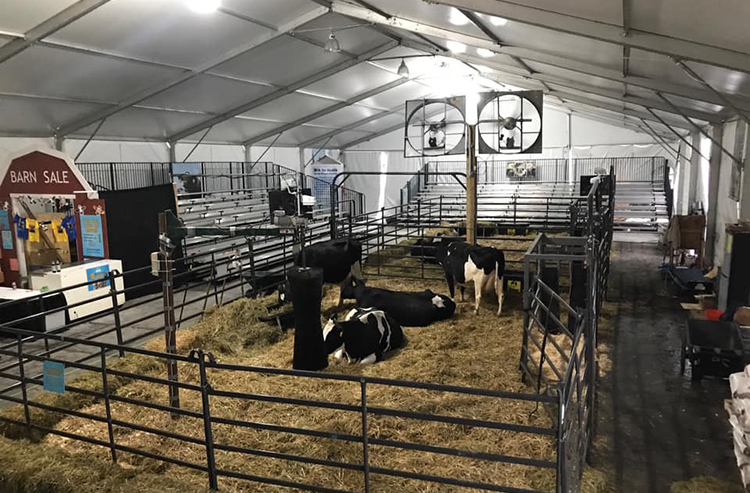 Everything was set up and ready for opening day of the New York State Fair.

Around our kitchen table, there has been a lot of talk about babies lately. At our farm here in East Moline, Ill., we have a baby boom going on. We are currently waiting on 24 cows to calve within the next seven days. In addition, I'm helping the New York Animal Ag Coalition (NYAAC) with their Birthing Center at the great New York State Fair.

Eileen Jensen, Director of Promotion and Outreach for NYAAC, states, "It's not exactly an exhibit that comes together overnight or even within a few weeks, but the Dairy Cow Birthing Center at the New York State Fair is one that is truly a labor of love that takes an entire year to plan." Over their 13-day fair, NYAAC coordinates 36 "mothers-to-be" that travel to Syracuse to give birth.

Not only can fairgoers watch a live birth, but so can viewers from all over the globe. And boy, do they tune in! The live birth cam that rolls 24 hours a day, seven days a week is now in its seventh year and draws in viewers from Seattle to the United Kingdom and everywhere in-between. People can even sign up for a text alert when "udder miracles" are about to happen, so fairgoers can make their way to the Birthing Center and watch the calf being born in person. 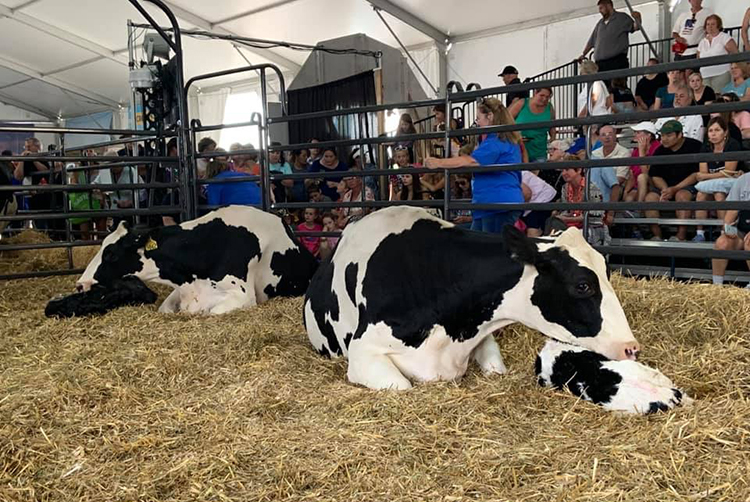 It was a double header. Two calves were born within minutes of each other. This was exciting for fairgoers and those watching on the live cam.

Yes, like many of your children, my children have not only watched cows give birth, but they have either assisted with or delivered a calf on their own.

However, for the 97 percent of the population who doesn't live on a farm, watching a live birth is something that they are intrigued with.

Fairgoers and those watching virtually can ask questions of the farmers and others who work in the dairy industry. Some of the questions might seem simple to those of us whose life revolves around cows, such as, "Where will the baby come out?" Yes, I literally laughed out loud at that one. Heck, even my 9-year-old can answer that. Truth be told, most of the questions begin with why — they want to know why we do something, such as why is the calf being taken away from its mom, and so much more. 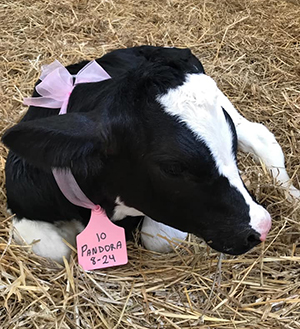 Meet Pandora, a heifer calf and the 10th udder miracle born at the Dairy Birthing Center.

Explaining why makes the practices feel less scary and brings much more logic to the attendee’s mind. We take a calf away from its mom to make sure the calf stays safe, can be closely monitored, and receives proper nutrition — this is logical and makes sense to those that don't live on a farm.

We all should take the lead from the New York Animal Ag Coalition and use the intriguing opportunity of birth as a way to open dialogue between consumers. It allows for us to narrow the bridge of misunderstandings and answer those why questions.

If you can't attend the New York State Fair (August 21 to September 2, 2019), tune into the New York Animal Ag Coalition YouTube Channel, give them a like on Facebook, and follow along as more #uddermiracles are to come.