After traveling across the country in support of the U.S.-Mexico-Canada Agreement (USMCA), the Farmers for Free Trade Motorcade for Trade made a final stop today in front of the U.S. Capitol, where the U.S. Dairy Export Council (USDEC) and the National Milk Producers Federation (NMPF) joined other agriculture groups and members of Congress from both sides of the aisle at a rally to tout the trade benefits of USMCA. USDEC and NMPF are both members of Farmers for Free Trade and have been actively involved in this motorcade campaign, which included stops at multiple dairy farms.

“USMCA provides a much-needed upgrade to the trade rules, securing a brighter future for the export of American-made food and agricultural products to our North American neighbors,” Vilsack said. “The positive impacts of this trade deal will be felt throughout the economy, as increased exports help drive jobs tied to food and agriculture production across the heartland. Moreover, the passage of USMCA will send a clear message that the U.S. values robust, rules-based trade with our allies and will give the U.S. the momentum necessary to execute a productive trade agenda that delivers positive benefits for America.”

Jim Mulhern, president and CEO of NMPF, said, “Restoring certainty to our trade relationships and bolstering the prospects for dairy exports by passing USMCA will bring important benefits to the dairy farmers and rural economies that rely on these export markets,” said Mulhern. “America’s farmers are counting on Congress and the Administration to work together to secure passage of USMCA, and soon.” Mulhern previously participated in a Motorcade for Trade event held at a dairy farm in Wisconsin.

Under USMCA, U.S. dairy exports will ultimately increase by more than $314 million a year, according to the International Trade Commission. And the U.S. dairy industry

estimates that over the first six years of implementation, USMCA will bolster dairy farm revenue by an additional $548 million. 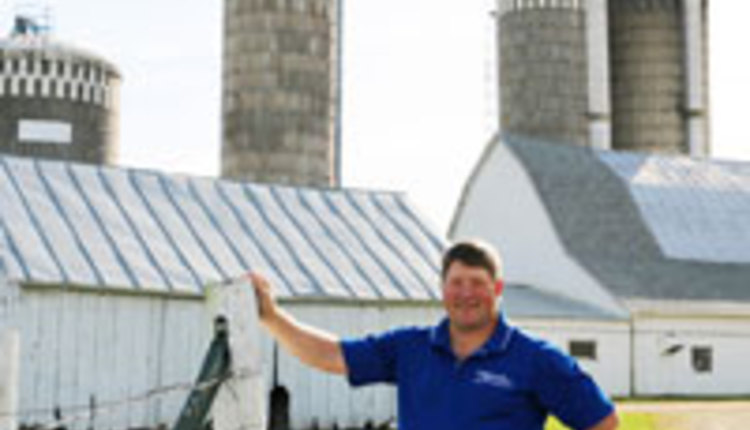 Crank up your Repro with the Fertility 360 Report!
comments powered by Disqus