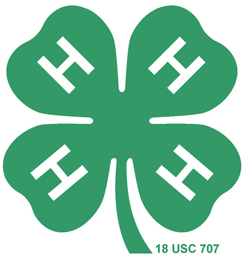 Winning the National 4-H Dairy Cattle Judging Contest for the third year in a row was the team from Wisconsin. This group, placing first in both overall and reasons, consists of team members Abigail Powers, Benjamin Styer, Marie Haase and Fritzy Ullom, and coaches James Powers and Scott Nelson. Coming in second place overall and third in reasons was the Ohio team of Marissa Topp, Derek Burns, Heath Starkey and Lindsay L’Amoreaux, coached by Sherry Smith. Marie Haase of Wisconsin was named high individual overall as well as high individual in reasons.

Teams and individuals receiving recognition include:

Serving as the meeting place of the global dairy industry, World Dairy Expo brings together the latest in dairy innovation and the best cattle in North America. Crowds of more than 65,000 people, from nearly 100 countries, will return to Madison, Wis. for the 53rd annual event, October 1-5, 2019, when the world’s largest dairy-focused trade show, dairy and forage seminars, a world-class dairy cattle show and more will be on display. Visit worlddairyexpo.com or follow WDE on Facebook, Twitter, Instagram, Snapchat or YouTube for more information.
In Industry Buzz