Our early experiences with robotic milking

We started milking in our robot barn two months ago, and we are learning new things every day. 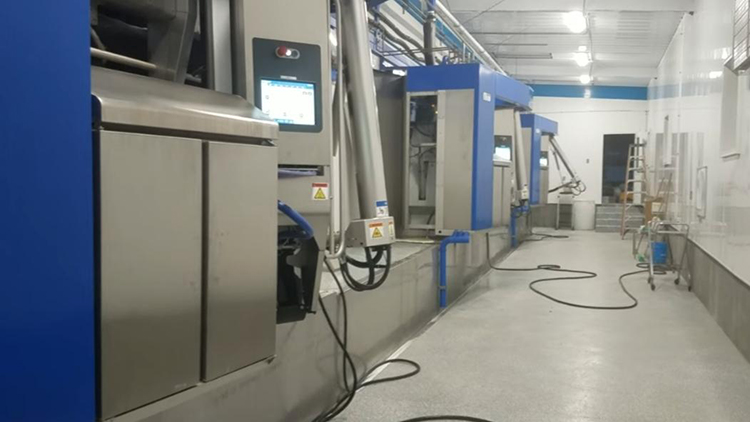 It’s been a while since we have written a blog as we have been busy starting up our milking robots. I figured it was time to fill in everyone on how things went, how they are going now, and the goals we have set.

We were milking around 390 cows three times a day in a double-12 parlor. We retrofitted our freestall barn to accommodate five VMS 300 robots in free flow style.

Our plans from the beginning were to downsize our herd. We knew that this number could vary, but we had some idea of how many cows we could have per robot. The newer style VMS are built to have a faster stall time for each cow. This meant instead of our original plan to buy six classic robots, we could go with five of the newer style robots because they can milk more cows in 24 hours.

Years of prepping and planning took place before we made this change to our farm. The plans and blueprints were continuously changing and still are, even though we have been up and running solely on robots for some time now. We teach ourselves new things and ways to do things in our barn each day. We have been steadily adding chutes, rails, and concrete in places we had not thought about before the actual start up.

We dried up a lot of cows and sold a good number, too. This brought our herd down to 250 cows in the robot barn at start up. This gave us a smoother transition into the barn, even though we knew it would mean more training would be required when cows came into the barn post calving.

The first 24 hours, we barely got the cows through the robots 2 times. The next 24 hours, we were close to 3 times. By halfway through the third day, we took the panels down that we used to move the cows in and out of the robots so the cows that wanted to go in on their own could. After the panels were pulled out of the barn, it was really neat to see some of the girls immediately go into the VMSs with ease. But that wasn’t the majority, that’s for sure. There was a lot of fetching to do — over the next three weeks, it was non-stop fetching. There were two people fetching cows that needed to be milked all day and night on 12 hour shifts. 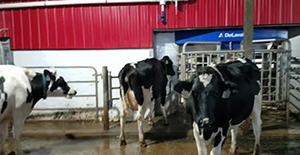 The weeks went on and the girls went in on their own better and better. The first month, there was still a lot of fetching to do. Now that we are at the end of the second month, I can say there is more motivation for cows to go toward the robots rather than to the fetch pens. We are excited to see where we will be at the end of the third month.

We have seen an expected drop in our milk yield per cow. We knew that this would happen and planned on it. We knew that we would have certain cows later in lactation that would not want or need to milk more than 1 or 2 times a day, while others in earlier lactation would go 4 or 5 times a day. It is not only an adjustment for the cows, but also an adjustment of how we think about milking a cow.

In the next few months we will be figuring our limit for number of cows per robot. We have added 70 cows to the robots since the start up day. We don’t think that it will be long from now when we get to that point. We are excited about the next few months ahead of us.

We hope to have figured out what herd size will work best for us and have our fetch rate below 20%. We want to start giving tours to help reach out to the community and educate. We would like to have our ladies back up to their production potential, and most of all, we want to see our herd happier and healthier than ever.