The biennial three-day contest surged with more submissions than ever – 3,667 samples of cheese, yogurt, butter and other dairy products from 26 countries around the world. Of the awards, Wisconsin won nearly one-third.

"Congratulations to all who participated in this year’s competition. Wisconsin cheesemakers have been obsessively making the world's finest cheese since before we were even a state, and the awards reinforce that," said Suzanne Fanning, Chief Marketing Officer for Wisconsin Cheese. "Winning more awards than any other state or country is just one reason we can proudly call ourselves the State of Cheese." Three Wisconsin cheeses earned a spot in the contest’s top 20 on Thursday. Roth Cheese of Monroe saw their Gorgonzola in the elite lineup, coming as no surprise after the same Green County cheese company earned the title of World Champion Cheese at the contest in 2016 for an alpine style cheese, Grand Cru® Surchoix.

Marieke® Gouda of Thorp placed in the top 20 for her team's Smoked Cumin flavored gouda. Marieke consistently places well, including last year when her team took First Runner Up and Second Runner up at the 2019 U.S. Cheese Championship Contest. Finally, English Hollow Cheddar made by Master Cheesemakers at Maple Leaf Cheese Company in Monroe returned to the top 20 after an appearance on the list in 2018 and rounded out the top 20 cheeses from Wisconsin at this year's contest.

Other key wins from the State of Cheese™ include: 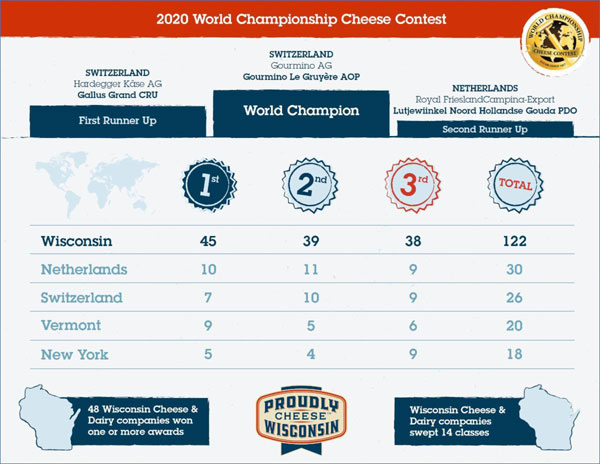 Wisconsin’s cheesemaking heritage goes back more than 175 years, combining art and science in a tradition so rich you can taste it. The state makes more flavors and varieties of cheese than anywhere else on Earth, by pushing the boundaries of what cheese can and should be. Find award-winning Wisconsin Cheese in 98% of grocery retailers nationwide.

For a complete list of winners, go to WorldChampionCheese.org. To learn more about Wisconsin cheeses from this competition and more, visit WisconsinCheese.com.

About Wisconsin Cheese: The tradition of cheesemaking excellence began more than 150 years ago, before Wisconsin was recognized as a state. Wisconsin's 1,200 cheesemakers, many of whom are third- and fourth-generation, continue to pass on old-world traditions while adopting modern innovations in cheesemaking craftsmanship. For more information, visit WisconsinCheese.com or connect on Facebook. 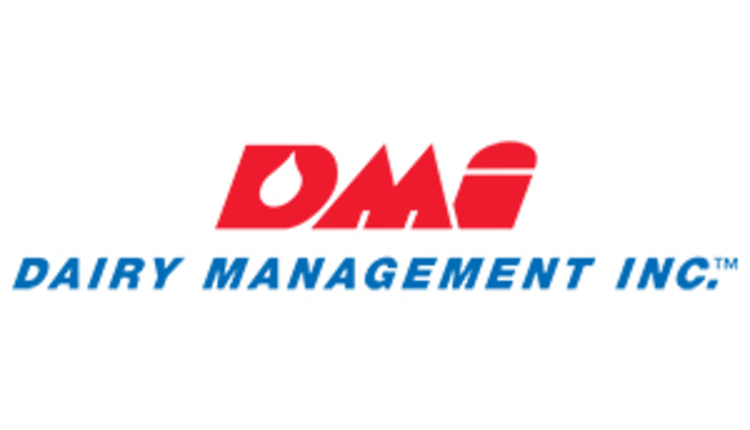