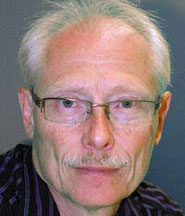 Larry Mielke
US butter supplies keep climbing as more is being produced and less is being consumed. The Agriculture Department’s latest Cold Storage report shows February 29 stocks at 302.3 million pounds, up 55 million pounds or 22.2% from January and 58.8 million or 24.1% above February 2019, the eighth consecutive month stocks topped the year before level. Revisions added 4.7 million pounds to the original January total.

HighGround Dairy (HGD) says “Bearish sentiment had already seized the butter market in recent weeks, but the intensity of the inventory build in this report could push prices down further as all signs point to multi-decade highs for stocks in the coming months. Production is already high, and a strong spring flush will push milk into the Class IV complex just as foodservice demand declines sharply. It is HGD’s belief that the only caveat that could keep butter supported through this spring are supply chain issues that prevent product from moving east out of California; all other signs point to further price weakness.”

Markets worldwide are bearing the depressing brunt of the COVID-19 outbreak, though Wall Street saw some strengthening this week as lawmakers in Washington cobbled together a historic two-trillion dollar rescue package which includes aid for farmers. Over three million people filed for unemployment.

Dairy prices plunged the last full week of March as fear reigns supreme. Cheddar block cheese crashed, free falling 15 cents on Friday alone, as uncovered offers took them to $1.59 per pound, down 24.75 cents on the week, lowest since March 22, 2019, and 5.5 cents below a year ago. Only 4 cars were sold all week.

Cheese producers who ship primarily to food service accounts are feeling the crunch of the COVID-19 pandemic, says Dairy Market News, as orders have slipped noticeably. Retail orders are steady to stronger and cheese producers who work primarily or exclusively with retail accounts are busy. As expected, they are managing cheese production based upon who is ordering, with some plants running seven days week. Milk prices remain discounted on quiet spot trading.

Milk availability was questionable the week of March 16, with more Class I plants pulling down milk supplies to keep up with the retail push. This week, milk was steadily available but spot interest was limited. Cheese markets are “underwhelming,” according to contacts, and the block to barrel price gap remains notably large, something not viewed as a steady or bullish market tone.

Retail cheese sales are strong in the West while food service demand is languishing. Consumers are stocking up but schools and eating establishments are closed and cheese demand has shifted. Manufacturers say commodity cheese sales and exports have also slowed, but customers are still taking contracted shipments. Some milk is getting diverted into Class I uses but cheese plants have plenty to keep vats running at capacity. A few processors say they are making as much cheese as space allows and a few are repackaging bulk cheese to fill the surge in retail demand.

Butter sales are generally slower as COVID-19 related closures in most cities and states throughout the country are seeing food service in restaurants, schools, and colleges ebb. Retail butter sales are strong and has helped ease the pressure on the weak food service demand, but not enough according to some contacts. Cream is excessively available, but plant managers are not taking on as much due to the demand dips. Churns are busy but plants are trying to sell excess cream when they can. Butter inventories are growing and plant managers expect cream to be discounted for the near term, says DMN.

Western butter processing is ongoing as cream is also readily available. Grocery store managers are requesting more butter than usual and, with the uncertainty related to the COVID-19 pandemic, buyers are securing enough butter in case the stores shut down. Most restaurants and hotels have either reduced their activity levels or closed. Butter production is stable and inventories are plentiful.

Grade A nonfat dry milk inched back above $1 per pound Monday but it was short lived and closed Friday at 92 cents per pound, 6.75 cents lower on the week and the lowest since December 10, 2018, and 4.25 cents below a year ago. 28 sales were reported for the week.

The CME dry whey was unchanged all week at 33 cents per pound, 0.75 cents above a year ago, with nothing sold on the week at the CME.

China's January to February import statistics were released this week. HighGround Dairy used the historical ten-year average import volume split to estimate volumes in each month. The Chicago-based dairy broker reported that “2019 was a record for dairy imports to China with the month of January also reaching an all-time high, making it difficult for 2020 imports to reflect gains.”

“Year-to-date dairy imports were down 1.5%, adjusted for leap year, says HGD, with the largest decrease shown on skim milk powder. January to February imports reached 64,015MT, a three-year low to begin the year, with expectations that a shortage from New Zealand was to blame. Record SMP volumes were imported from Argentina so far this year,” according to HGD.

“Whole milk powder from New Zealand was down 14,219MT from the prior year to 212,238MT, still the second highest on record to begin the year. China also reported historically strong imports from Australia.”

“Cheese and butter imports started 2020 at record highs with New Zealand representing 75% of cheese imports and 95% of butter,” according to HGD. “Fluid milk demand was also impressive and a record high for the first two months, as China pushed milk and dairy consumption throughout first quarter as a source of nutrients when COVID-19 was still spreading.”

The Daily Dairy Report says China’s data was “better than expected given the height of the China’s Covid-19 epidemic hit in these months.”

Back on the home front; Penn State Extension’s latest “Dairy Outlook” painted a pretty grim but realistic picture, stating; “It's been over 11 years since we've seen the tumultuous conditions of the past few weeks. Just a few weeks ago, 2020 was projected to be a relatively decent year for dairies with relatively low feed costs and milk prices improving modestly. A lot has happened in a short time.”

“Feed costs are still projected to be relatively calm for 2020 at this point. Being on the cusp of another growing season, there remains a lot of uncharted territory to cover for that to hold true. When it comes to milk price, the market conditions have more than eroded the gains seen at the end of 2019 and into 2020.”

The Outlook warned that “It would be premature to predict where the markets are headed over the next few days, weeks, potentially months. There are numerous factors that have yet to play out during this time of uncertainty.”

Challenges include school closures which are decreasing fluid milk demand, consumers adjusting consumption patterns by staying home, potential labor shortages along the supply chain due to worker sickness, volatility of commodity prices, uncertainty in dairy trade, strengthening value of the U.S. dollar, and the potential reduction in consumer spending on food due to loss of income.”

“All these pieces of the puzzle have been scattered about,” the Outlook says, “and time will tell how they come together to give us a picture to 2020.” It concludes that its projections for milk income, income over feed cost, and milk margins are based on historical data but the speculation “demonstrates the need for producers to understand their breakeven costs and have strategies in place to survive the potential financial roadblocks ahead.”

The COVID-19 has surely plunged the world into perplexity and uncertainty but dairy has been deemed “critical infrastructure” by the US Department of Homeland Security. Hoards Dairyman Managing Editor Corey Geiger addressed two of the concerns for dairy in the March 30 “Dairy Radio Now” broadcast.

He started with worry over dairy processing plants closing down due to employees contracting the virus and in turn lead to milk backing up on the farm and dumped. Geiger assured listeners that the nation’s food processing plants, including dairy facilities, have steps in place to protect food safety and “These procedures are the very reason America’s food supply is the safest in the world.”

Plants are disinfected and sanitized against COVID-19, according to Geiger, although he admits that, if a plant had numerous employees out sick, productivity could be impacted.

On a brighter note, Geiger pointed out that milk is flying off the shelves at grocery stores, as people are eating at home, but says milk’s vitamin D supplementation “reduces the risk of respiratory infection, regulates cytokine production, and can limit the risk of other viruses such as influenza,” according to Tom Frieden, former director of the US Centers of Disease Control and Prevention and the former commissioner of the New York City Health Department.

Cooperatives Working Together members accepted 43 offers of export assistance this week on sales of 2.93 million pounds of cheese; 651,347 pounds of butter, 149,914 pounds of cream cheese, and 1.208 million pounds of whole milk powder. The product is going to customers in Asia, Central and South America, the Middle East and Oceania through July.

One final note of export news; the U.S. Dairy Export Council says it is “utilizing technology to stay connected and productive as the coronavirus crisis disrupts day-to-day life in countries around the world.”

“On Monday, March 23, Virginia Governor Ralph Northam ordered the closure of non-essential businesses to slow the spread of COVID-19. That means the USDEC office in Arlington must lock its doors, even to those employees who preferred the quiet of the mostly-empty workplace. All nine USDEC international offices remain operational,” the posting stated and “The work of USDEC continues. The goal is business as usual,” says USDEC President and CEO Tom Vilsack.

Lastly; FCStone has a seat on an International Dairy Foods Association fluid milk committee, which met March 26, and learned that there is a lot of cream out there but the hope is that there might be regulatory changes that could help.

The Women’s, Infant’s, and Children (WIC) program apparently only allows 1% milk. IDFA is working to allow all milk, but WIC is administered at the state level, so it is a slow process, says IDFA, meanwhile the FDA has ruled that product packaged for foodservice without health facts (calories) can be sold at retail.

The IDFA has a run-down on the $2 trillion relief package on their website at www.idfa.org. 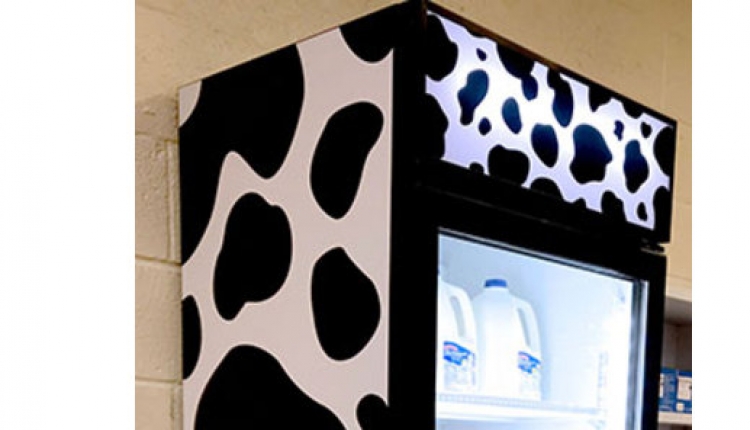 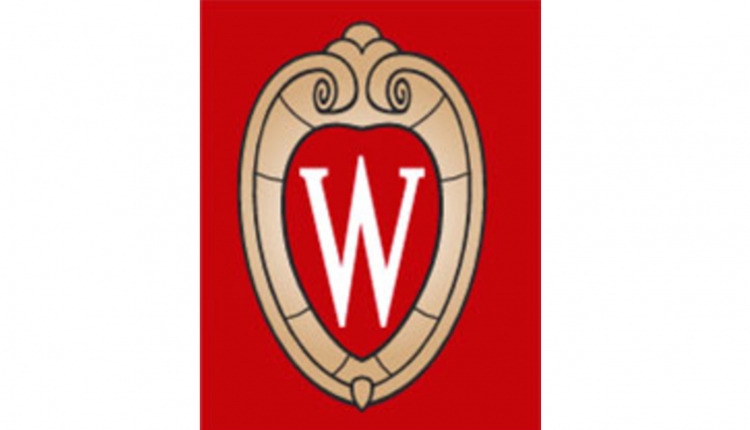