Life will have its ups and downs, but patience and love turn burdens into something beautiful. 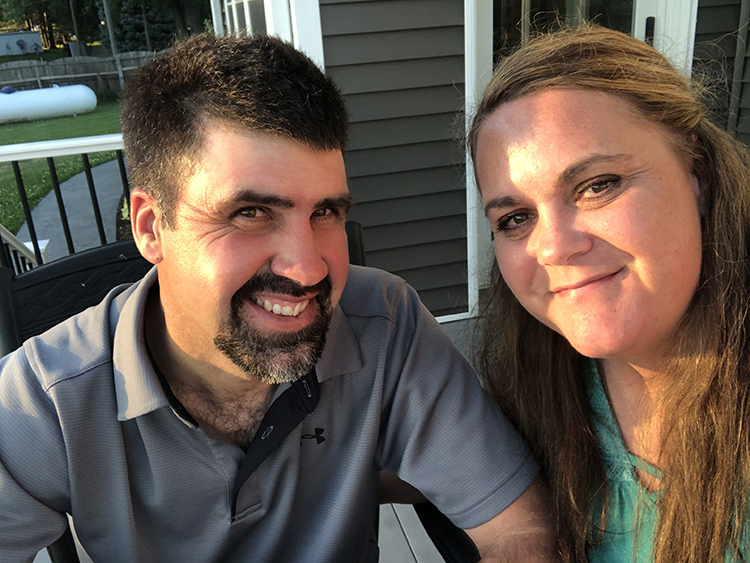 Cheers to 17 years of being married to my dairy farmer, Scott Bohnert.

Our wedding anniversary is in June, on Flag Day to be exact, and two of our children were born in June as well. I was even told by my husband, while in labor with our two youngest children, "This isn't a great day to have a baby." Those babies are now 10 and 14, so I can retell that story with a smile.

I don't have to remind you all that June has the most hours of sunlight, and quite honestly, it is hard for farmers to sit idle when so much can (and needs) to be done! Or at least this is the case for my groom of 17 years.

Truthfully, it is hard to schedule birthday parties or even an anniversary dinner away when hay needs to be made, corn needs to be sidedressed, and a few crops need to be replanted. This is on top of caring for 500-plus milk cows and all our young stock, too. It takes a crew, which includes three farm kids that have been up to the task of offering a helping hand. I'm really sure that many of you can relate.

I'm embarrassed to say, as is my husband, that despite showering and getting out of chore clothes, we had to forgo our planned anniversary dinner out. Scott, God bless his heart, woke at 2 a.m. to start his day, to feed the cows and mow the hay, so he could take off early to take his bride out for a much-needed celebratory dinner.

But, wouldn't you know it, the nitrogen applicator broke down and cows still needed to get bred. The kids, who after a long weekend of caring for all the off-site cattle, decided to ride four-wheelers, and we really felt someone should be home to oversee it all. So, we did what farmers do, and we canceled our plans for the sake of our family and our farm.

At first, both Scott and I were upset, more at the situation than each other. But, thankfully, we quickly changed our attitudes, and Scott went to go breed a couple of cows and ordered the pizza. To be honest, Scott was mostly upset because this year he really tried to make our anniversary special. Last year we had just began planting on June 10, so he couldn't stop to take me out for our anniversary. He replied, "This was supposed to be our year!" 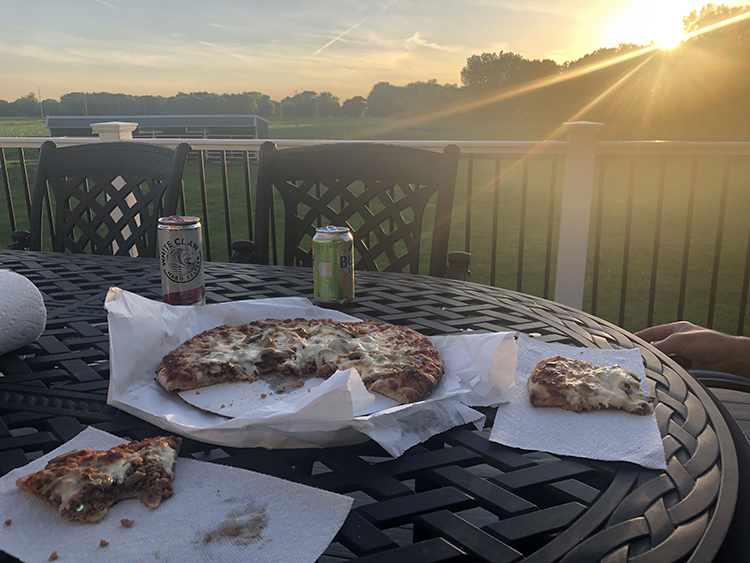 Life is 10% what happens and 90% how you react to it. An anniversary dinner out quickly changed to pizza and beer on the deck overlooking our crops to celebrate.

That it was. The year of 2020 and of COVID-19, and the milk price crash and rebound, and uncertainties and cancelations a mile long. Add our anniversary dinner to the list.

So, cheers to 17 years, Scott Bohnert. The pizza and beer on the deck overlooking our crops at 8 p.m. never tasted so good, especially considering I didn't have to do any of the work.

My friends, there are seasons of growth and seasons of struggle, and apparently right now, we are in a season of struggle. But, as I watch my perennials take off, after weeks of struggle, I'm reminded of the power that patience, love, and warmth bring to the table. I'm also reminded that life is 10% what happens to us and 90% how we react to it.