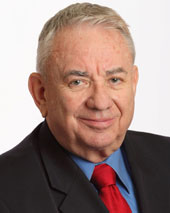 Tommy Thompson
The Wisconsin Dairy Alliance is pleased to hear that the University of Wisconsin System Board of Regents appointed former Governor Tommy Thompson as the UW System's interim president.

Thompson, Wisconsin’s longest-serving governor was one of the best cheerleaders and champions of agriculture our state has ever seen.

“We are pleased to have a strong ally of agriculture overseeing the UW System’s 26 campuses and UW-Extension. The UW System is critically important to the success of agriculture in Wisconsin and across the globe,” said Cindy Leitner, President of WDA.

Thompson will start his duties on July 1 and will remain in this position until a new president is hired and takes office. The Board of Regents stated that they won’t begin searching for a permanent president for at least a year.

“The University of Wisconsin System is the state’s most valuable asset, and I will be its biggest advocate and its toughest evaluator,” Thompson said in a statement. “No other institution in the state can do more to improve lives, communities and Wisconsin’s economy.”

We want to congratulate former Gov. Tommy Thompson on his new role and look forward to seeing all of the great things he will accomplish.

WDA represents modern regulated dairy farms in Wisconsin and works diligently to preserve Wisconsin’s heritage as the Dairy State. Our non-profit organization advocates for the truth by contesting unnecessary regulations that do not protect natural resources. The WDA believes in parity for all dischargers and works to operate under the uniform “zero-discharge” standard applied to WDA members.