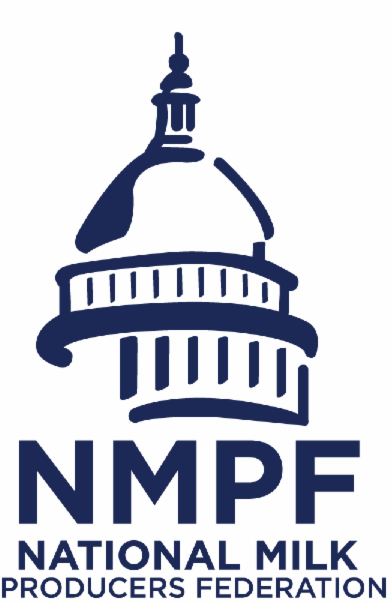 ARLINGTON, VA – The U.S. dairy industry celebrates the U.S. Trade Representative’s office and Congress for the strides made in the United States-Mexico-Canada Agreement (USMCA) as it enters into force today. At the same time, the National Milk Producers Federation (NMPF) and U.S. Dairy Export Council (USDEC) also noted that harvesting the full benefit of those hard-fought wins now relies on robust enforcement of the agreement.

The modernized trade deal is a testament to the tremendous bipartisan effort from both the Administration and members of Congress to improve trade rules. USMCA is designed to usher in significant changes to U.S.-Canadian dairy trade, restore certainty to U.S.-Mexico trade relations and establish important protections for common name cheeses.

Given the importance of these reforms to the growth of U.S. exports and economic health of the dairy industry, it is critical that the U.S. Trade Representative and U.S. Department of Agriculture utilize USMCA’s stringent enforcement measures to ensure Canada and Mexico are held accountable to their trade commitments.

This is of particular importance given that Canada’s recently announced TRQ allocations run counter to USCMA commitments crafted to expand access to the Canadian dairy market. In the next few months, Canada will finalize its plans for future TRQ allocations and the elimination of its Class 6 & 7 pricing programs, making it incumbent upon the U.S. to insist on full alignment with USMCA obligations.

“As USMCA enters into force, America’s dairy farmers and cooperatives are looking forward to a brighter future built on the foundation of this modernized trade agreement. Dairy is counting on this trade agreement, carefully crafted by USTR and with strong bipartisan support, to deliver tangible benefits to our industry during an uncertain time when our farmers need additional export markets and trade opportunities more than ever. To fulfill the promises of USMCA, the U.S. government can’t take its eyes off the goal of ensuring that this deal is fully enforced and implemented as intended,” said Jim Mulhern, president and CEO of NMPF.

USMCA also strengthens the relationship between Mexico and the U.S. and establishes new protections for products that rely on common cheese names, such as parmesan and feta. It is critical that Mexico abide by these new requirements and refrain from introducing new trade mandates, such as product conformity assessments, that place a larger burden on U.S. exporters than on Mexican companies.

“After years of hard work by the Administration and Congress to bring this new agreement to fruition, the U.S. dairy industry is pleased to celebrate USMCA as it enters into force, mandating new access into Canada’s restrictive markets and establishing groundbreaking protections for American-made cheeses in Mexico,” said Tom Vilsack, president and CEO of USDEC. “If implemented in good faith and diligently enforced, USMCA will deliver positive benefits to dairy, and all of agriculture, as it facilitates the smooth flow of trade in North America. The implementation of USMCA’s provisions is not the end of our work, it’s simply the beginning as we continue our efforts to break down global barriers to fair dairy trade and to ensure this agreement is fully enforced.”

According to the International Trade Commission, if USMCA is implemented as negotiated, U.S. dairy exports are projected to increase by more than $314 million a year. These dairy sales will have a positive effect on American farmers, bolstering dairy farm revenue by an additional $548 million over the first six years of implementation, according to industry estimates.

The National Milk Producers Federation, based in Arlington, VA, develops and carries out policies that advance dairy producers and the cooperatives they own. NMPF’s member cooperatives produce more than two-thirds of U.S. milk, making NMPF dairy’s voice on Capitol Hill and with government agencies. For more, visit www.nmpf.org .

NMPF Statement on the Beginning of the Biden Administration

Statement from Michael Dykes, D.V.M., IDFA President and CEO, on the Inauguration of Joseph R. Biden Jr. as the 46th President of the United States

Industry Buzz
NMPF Statement on the Beginning of the Biden Administration

Industry Buzz
Statement from Michael Dykes, D.V.M., IDFA President and CEO, on the Inauguration of Joseph R. Biden Jr. as the 46th President of the United States