Listen to the activists

While they may oppose animal agriculture, we can learn a lot from what animal rights activists have to say. 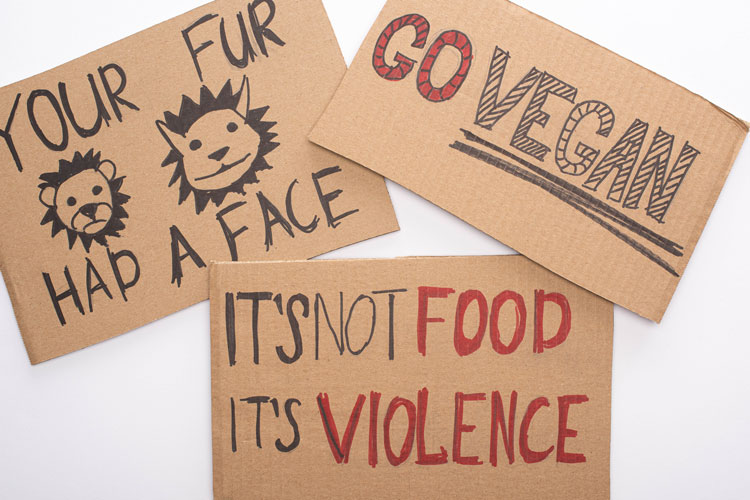 As producers, I’m sure most of you have heard pleas from agriculture communicators asking you to tell your story. And while I have made the same request, I understand that it might be getting old.

But the point that we often forget to mention is that one of the most effective ways to inform consumers about what we do is to understand and really listen to their concerns. After all, if we don’t listen to them, why should they listen to us?

What do I mean by really listen? Here’s an extreme example:

As a part of my internship last summer, I attended the 2019 National Animal Rights Conference. I sat through this four-day conference, listening to vegan speakers, taking notes, trying the vegan food, and blending in. None of the other attendees knew that the other intern and I were anything but fellow activists.

It was one of the hardest things I’ve done, but also one of the most valuable. People would stand at the microphone and say things like ”dairy farmers rape their cows” and everyone around me would cheer and clap. They would say things like “chickens are smarter than humans,” “fish are people, too,” and “end all animal agriculture,” and we would have to go along with it.

Yet, the thing I saw behind the eyes of every presenter and attendee of that conference was fear. Fear that animals were being abused, fear of climate change, and fear of science.

Animal rights activists hold their beliefs because no one ever explained their "why" to them. Most of them have never had a positive interaction on a farm or even an interaction.

The animal rights movement stems from misunderstanding, anger, and fear about what’s happening in our food system.

This isn’t a thread unique to them. The average consumer lacks confidence in how or where their food is produced and in who is producing it. And that is our fault.

But we can change the trend. If we listen and understand consumer concerns, we will be able to more effectively share information with them.

Consumers are expected to have a more positive mindset toward science and technology following the pandemic, because for the first time in a while we don't have the science we need to solve a problem, and it’s affecting everyone. This is leading them to trust the science we have, including food technology, and lean toward using it to improve their lives.

So, if you have a passion and interest for agriculture, you can help. You don’t have to write a blog or start a large social media platform (although those things are great!). Start by talking to people in your community about what you do.

Be willing to go outside your ag bubbles. As farmers, we like to talk to other farmers. It makes us feel safe and understood. But if we don’t talk about what we do outside of those bubbles, and I mean all of it — the ups, the downs, the hard stuff, and the awesome stuff — we aren’t giving the consumer any reason to trust us in the first place.

This is the time to communicate.

We need to be willing to share our stories, because it’ll make all the difference.